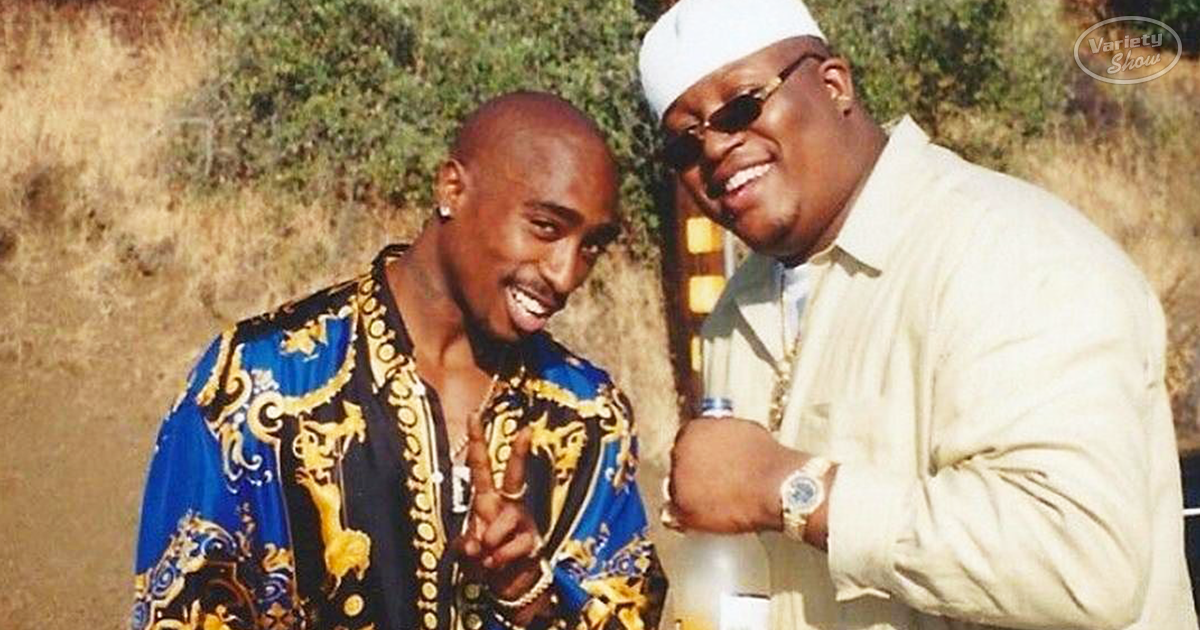 These 50 music videos may not show you every last hit to come out of the 90s, but it does point out all of the tracks that you simply can’t miss. Some you’ll know, others may be new, but they’re all a permanent part of music history thanks to their massive influence on their individual genres.

“Are You Gonna Go My Way” by Lenny Kravitz

For a look at the ultimate 90s rock party, one has to enjoy Lenny’s breakthrough performance video directed by Mark Romanek.

With lyrics that get stuck in your head and a video that’s as funny as the rap is good, “My Name Is” served as a fantastic introduction to Eminem.

“My Lovin’ (You’re Never Gonna Get It)” by En Vogue

The whole group plays out the members of The Supremes as this track fuels the 90s movement of female empowerment.

Van Halen dropped a ground-breaking video when he released “Right Now,” exposing many controversial issues, some of which persist to this day.

“Under the Bridge” by Red Hot Chili Peppers

The Red Hot Chili Peppers entranced a generation of teenagers with the bizarre visual story of loneliness told by the video for “Under the Bridge.”

“Drop” by The Pharcyde

Power, artistic but at the same time light-hearted – The Pharacyde was a rapper who put his heart and soul into everything, including this masterpiece of a video.

“Take a Bow” by Madonna

Everything about Madonna during the years of this song screamed 90s, making her the queen of an era while exhibiting her artistic flair with tracks “Take a Bow” that take the viewer back to the 1940s with cinematography that equals the vocal class.

Alicia Silverstone took center stage in this video, which aired heavily on MTV. It was the third time Alicia appeared in the band’s music videos and the very first time that Liv Tyler debuted.

No one who lived through the 90s can ever forget the sight of Blink 182 hurtling down the road butt naked in this highly popular music video for “What’s My Age Again.”

Whereas this rock remix does start off a little slow, we’re all glad that the iconic track received a light-hearted, catchy spin.

From the pace to the utterly addictive visuals and obscure hidden meaning, “Karma Police” is a gem within 90s music videos.

Punk rock takes a visit to the looney bin thanks to Green Day pulling apart paranoia and depression, turning it into a memorable hit with a video that you can’t stop watching.

“Got Your Money” by Ol’ Dirty Bastard

Wu-Tang Clan member Ol’ Dirty Bastard was released as a part of the “Nigga Please” album and featured footage from the 1975 film “Dolemite,” which was recently remade by starring Eddie Murphy.

“The Beautiful People” by Marilyn Manson

Shock music has always been there, but few artists are as true to their image as Marilyn Manson was, with “The Beautiful People”: serving as a showcase of his genius as a songwriter and epic rock personality.

The directors of “Coffee & TV” by Blue, Hammer & Tongs, later ended yup directing the feature film “The Hitchhiker’s Guide to the Galaxy.”

“Put Your Hands Where My Eyes Could See” by Busta Rhymes

You may not be able to make out exactly what this video following a wandering cowboy is about, but you won’t be able to take your eyes off the screen.

“Big Me” by Foo Fighters

The Foo Fighters couldn’t hope for a better Mentos commercial parody than the video that they put together for “Big Me,” featuring amazing ingenuity and hordes of silliness.

Sixteen-year-old Britney Spears shot straight to stardom following the release of this track playing on her schoolgirl look.

The entrancing video for “The Rain (Supa Dupa Fly)” established Missy Elliot as one of the flyest of them all, sporting a pleather outfit that looked like an ultra-stylish garbage bag (if a little strange) under a fisheye lens.

Alanis remained a quiet, private superstar despite her music screaming contrast, with “Ironic” being a prime example of just how loud this alternative rocker can be.

Dr. Dre and 2Pac are dropped into a scene straight out of Mad Max, perfectly suited to the deep synths and hypnotic lyrics of this chart-topper.

Prince originally wrote and composed “Nothing Compares 2 U,” but it was O’Connor who became a worldwide hit with the video receiving frequent playtime on MTV.

The unexpected love song “Everlong” carries a video that epitomizes post-grunge while at the same time captivating with its surreal satire.

Chris Isaak released a track whose sexy undertones were clearly conveyed by its video, emotional outpouring that has led to it become a modern favorite of house and dance DJs around the world.

Stop-motion animation brought the video for “Sober” to life featuring a strange story and hauntingly odd humanoid that you can’t take your eyes off.

TLC almost declared bankruptcy before having a turn of fate thanks to this song and its video, which could easily be mistaken as footage from Hollywood blockbuster.

Described by many as a micro-sonata, “Bitter Sweet Symphony” was a track that put The Verve on the map, becoming one of the greatest songs ever to come out of the Britpop era.

Hill hit it big, bigger than she ever would again, with this track released as the lead single to her debut album entitled “The Miseducation of Lauryn Hill,” which topped charts in July of ’98.

Soundgarden had us all entranced by their shockingly artistic video featuring the goofiest expressions ever as a town is sucked into a black hole.

Smashing Pumpkins, in collaboration with directors Jonathon Dayton and Valeria Faris, put together a masterpiece that showcased distinctive theatrics carrying the perfect old-school vibe to accompany the addictive track.

“Freak on a Leash” by Korn

Korn managed to come up with one of the most memorable ideas of the 90s, being left in a room of cascading light beams thanks to the destruction of a gunshot. Following a bullet as it leaves a wake of chaos has never been so entertaining!

“Got ’til It’s Gone” by Janet Jackson

One of the most prolific videos of Janet Jackson’s career has to be this Africa-inspired masterpiece director by Mark Romanek.

“It’s Oh So Quiet” by Bjork

Bjork took a song written in 1951 and reinvented it into a song classed as one of the best swing tracks ever released. The video directed by Spike Jonze unlocked her classic style, featuring slow-motion visuals that has one hooked from the start.

“Losing My Religion” by R.E.M.

As R.E.M. best performing single, “Losing My Religion,” took no less than three awards for the year while placing ta a peak of number four on the Billboard Hot 100.

“Come to Daddy” by Aphex Twin

The early drum and bass hit “Come to Daddy” has one of the scariest videos seen on MTV during the 90s, while rewarding with a hard beat that remained a staple of electronic music for years.

Fiona Apple was certainly a talented artist, but her vocal skills were overshadowed by risqué music video featuring the teenage star losing more and more clothing as the seconds tick by.

“Praise You” is a song that has become iconic within British music, delivering a music video that carried a very low production cost, adding to the artistic brilliance exhibited by the legendary director, Spike Jonze.

With Naomi Campbell, Cindy Crawford, Christy Turlington, and Tajana Patitz under the artful direction of David Fitcher, this George Michael hit was sure to have an equally amazing video.

While rock fans unitedly agree that Guns ‘N Roses released one of their best songs ever in ’87, “November Rain’s” MTV Video Music Award for Best Cinematography is a clear indication of just how good this actually is.

“All Is Full of Love” by Bjork

This somber song carries additional depth of emotional after watching the moving video released in 1991, gaining most of its appeal thanks to the video rather than the lyrics.

With nothing but brilliant cinematography, a single room, and a moving floor, Jamiroquai wowed the world.

The Prodigy’s controversial dance track has remained one of the most used tracks to dance music DJs to this day, with a music video that had to be removed and edited after airing MTV and drawing too much criticism.

With this track and its accompanying Spike Jonze ’70s cop show parody music video, “Sabotage” became one of the best-known songs of the 90s and one of the Beastie Boys’ greatest hits.

Spike Jonze directed some of the best pop culture features of the 90s, and “Buddy Holly” the music video is no exception. It’s one of the earliest videos ever to be viewed on a personal computer, being included as part of the Windows 95 release.

Voguing became a global craze thanks to Madonna taking the gay club underground dance move and elevating it to a contemporary, mainstream appeal.

The video for “Closer” is shocking, obscure, and a must-see. It took the MTV Video Music Award for Best Art Direction and Best Breakthrough video of 1994.

“Scream” is a single that set records, debuting at number five on the Billboard Hot 100 as the first track to do so in thirty-seven years. At the time, it was the most expensive music video made, released as an attack on the abuse allegations set against Michael Jackson.

With over a billion streaming views and countless praise received over the years, “Smells Like Teen Spirit” is, without a doubt a masterpiece from Kurt Cobain.