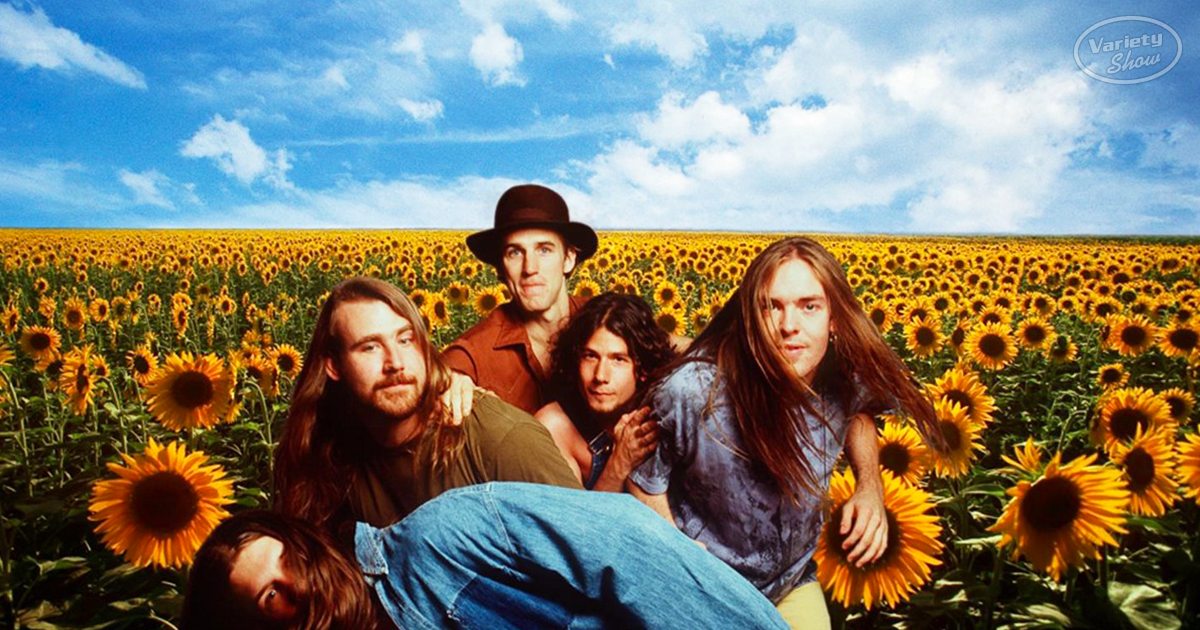 There were certain music videos that reached unheard-of popularity within their genre during the 90s. Much of the music released during this time could rather be called a movement, thanks to the influence that it held. With the fervent fan support developed staples of pop culture that remained with society well throughout history. Here are 25 music videos from the ’90 that became pop culture icons.

With a cast featuring supermodels like Cindy Crawford, Christy Turlington, Naomi Campbell, and Linda Evangelista, “Freedom! ‘90” was destined to be a major music video success.

With a video that epitomized 90s grunge, “Smells Like Teen Spirit” reached platinum status, becoming inducted into the Rock and Roll Hall of Fame as a song that shaped the industry.

Alicia Silverstone featuring in this video finished off the perfect 90s video, showing the young star at just sixteen years old with plaid shirts and a belly-button piercing to boot.

The whole of “Praise You” was recorded using a handheld camcorder, and if you observe right at the end, you’ll see Fatboy Slim looking into the camera.

As a video that was far more intimate than most expected, the moments of beauty remain filled with emotion and distinctive style all these years later.

“Big Me” by Foo Fighters

The Foo Fighters made their breakthrough with this epic moment of pop culture history. “Big Me” debuted as something new to grunge-rock, and a song that was so catchy that you couldn’t ignore it.

Lisa Lopez and Marqueze Etheridge wrote an anthem that addressed many issues, but it was the world’s first song to reference AIDS directly in its lyrics.

When the world saw skinny Fiona Apple strutting around while shedding item after item of clothing, her half-naked body became a heated topic of controversy, guaranteeing the brilliant song ample exposure.

“Everybody Hurts” by R.E.M.

As a track that addressed the number six cause of death in America at the time, “Everybody Hurts” shone a light on suicide.

Featuring police action sequences made to resemble classic 70s style, this track had one of the most striking videos entertaining throughout as the crazy humor brought a cast of larger than life characters to life.

Spike Jonze is masterful at his art, creating yet another video that manages to merge ‘70s style with 90s contemporary music.

The dramatic story told through the music video for “Karma Police” using a minimalist camera throughout delivering a perspective that had never been touched by this style of music production.

“Around The World” by Daft Punk

Daft Punk put together a true artistic masterpiece with their video for “Around The World” From the perfectly choreographed dancers to the robots playing out the singing voice itself, this is one of the most vivid videos ever made.

When the Red Hot Chili Peppers and Beavis and Butt-Head come together, you know that you’re in for a rollercoaster indeed. The cartoon video captures the essence of both pop culture icons perfectly.

It took fifty individual takes to put together this grand homage to Massive Attack’s legendary hit “Unfinished Sympathy.” The shots were combined into a single video to create the feeling of continuous motion despite the happenings shown.

“Let Forever Be” by The Chemical Brothers feat. Noel Gallagher

The visual directing of The Chemical Brothers in combination with the help of Noel Gallagher resulting in surreal disturbing vision of a girl’s nightmares split into flaring, kaleidoscopic effects.

The weirdness of “Virtual Insanity” entranced the masses, winning Breath through Video, Video of the Year, Best Special Effects, and Best Cinematography in the MTV Music Video Awards. In addition, it received six other nominations for the innovative footage featuring a moving set.

The video for Blind Melon’s song concerning depression and emotional trauma is well masked behind the upload melody. Feel carefully – it’s actually a yearning for acceptance with the joy of expression carrying it all.

“Doo-Wop (That Thing)” by Lauryn Hill

“Black or White” by Michael Jackson

Michael Jackson was a genius in his own right, releasing this cameo-packed video at the exact same time in twenty-eight different countries as a grand testimony to embraces different races, genders, and cultures.

With a single music video, Madonna took voguing out of the gay underground of New York City clubs and into mainstream house music.

The video for “Ironic” was so straightforward that it was sheer beauty. It was nominated for six awards but walked away with three wins at the ’96 MTV Music Video Awards.

The whole of “Wannabe” was written in 30 minutes flat, packing overflowing energy and a dance sensation video that showed the girl power of the Spice Girls in all its glory.

Eminem introduced himself to the world with a style of rapping that gave no apologies, no slowdown, and no insult too direct. The video became loved by fans and trolled by haters, as the rapper played out many notable roles, including Bill Clinton and Marilyn Manson.

Sixteen-year-old Britney was in charge of everything during this time of her career. The whole concept came from Britney herself, developing into a sexy school girl routine that set a standard for the enticing tracks to follow. It’s still her biggest selling single ever. 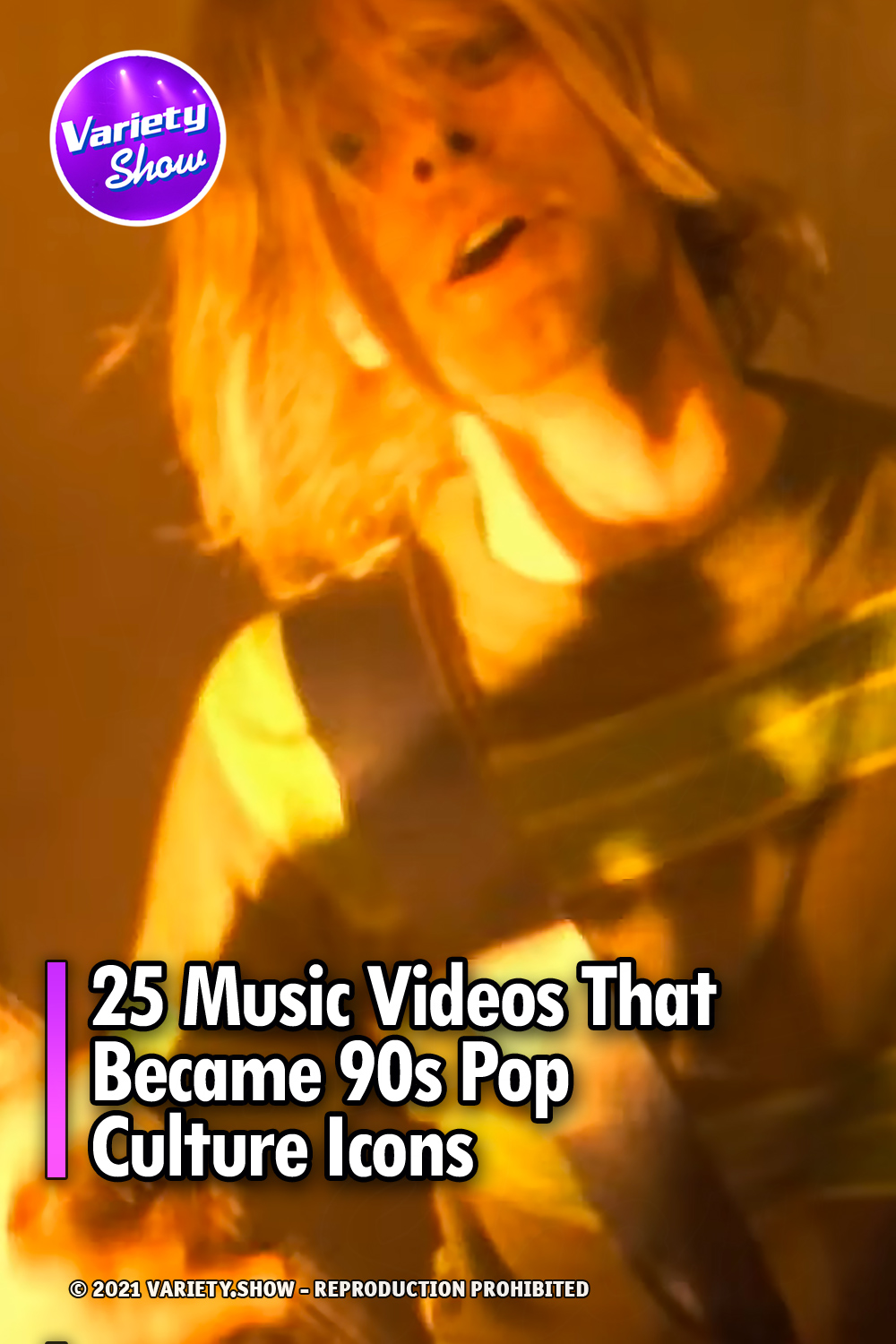