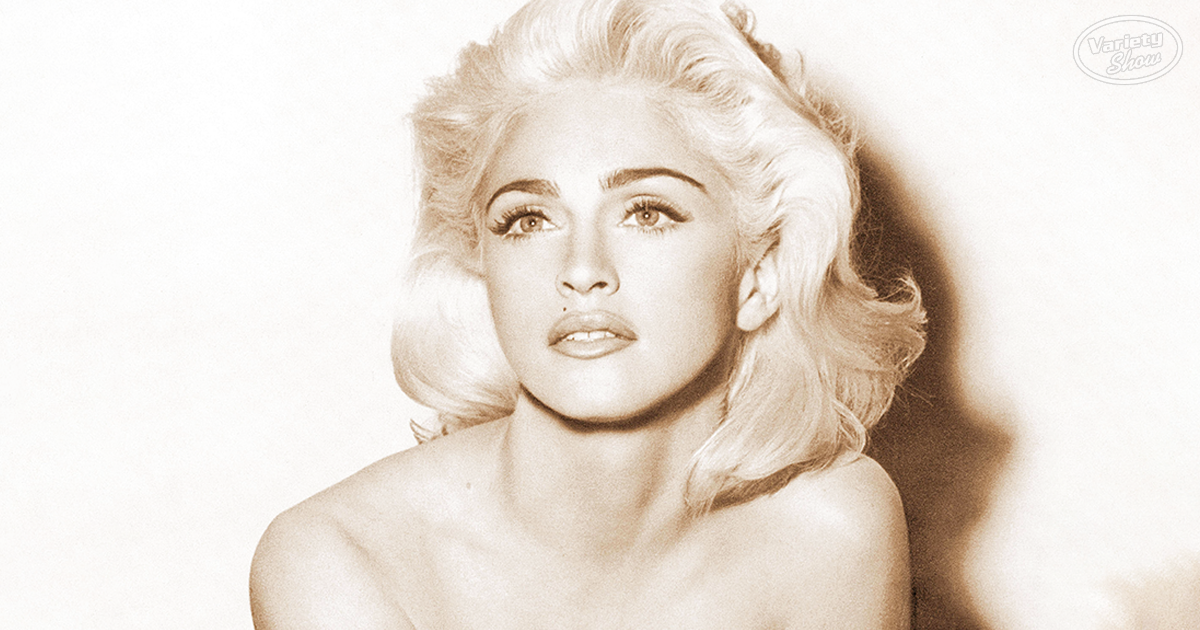 Let us guide you through a look at music history, highlighting all of the best hits of the 90s. We’ve put together a complete journey that catalogues the whole span of the century. From alternative rock to hip hop sensations, our selection of the best 90s music that you can listen to right now will help to remind you of what shaped the music you love today.

Tallying over a billion views on YouTube, “Smells Like Teen Spirit” is a smash hit that continues to live on to this day. It’s release brought with it a whole new era of grunge and alternative rock, despite remaining unique is its sound, delivery and approach.

Britney Spears had one of the most successful debuts ever, reaching near 25 million dollars in sales which made it the biggest-selling album ever recorded by a teen female artist. Did you know that the whole video was shot at the exact same location as the movie Grease? That’s right, Venice High School in Los Angeles hosted her whole video.

“Don’t Look Back in Anger” by Oasis

Oasis rode their popularity well, coming off “Wonderwall” and “Don’t Look Back In Anger” with this beautiful song highly influenced by the Beatles. The intro itself was taken from John Lennon’s “Imagine.”

While Madonna ended up the favored pop icon within the gay community thanks to this song, it was her best friend Debi Mazar who first noticed the catchy freeze-framing of bodies in odd positions.

If you’re left wondering what it means to “Shoop” – relax, and get your freak on with just about anything you feel like. As explained by Pepa, “It’s a whole vibe.” With racy lyrics and hand-picked male dancers, this one is a song for the girls that guys will end up singing along to as well.

“It’s Oh So Quiet” by Björk

Björk surprised herself with this remake of “Blow A Fuse” by Betty Hutton. The 1948 track was recreated as a joke, a song that she almost regretted creating due to the value held for making new music. Ironically, it turned out to be her biggest hit.

There are a few things that make “Nightswimming” different to your conventional R.E.M. track. It was written before their album was recorded, and also the only R.E.M. song ever where the lyrics were composed before the music.

“Wannabe” by the Spice Girls

Girl power hit home, making the Spice Girls an instant success with their v very first song. Globally, “Wannabe” remains the best-selling single by an all-female group, an accolade that will be hard to top, especially considering their emergence as one of the first female alternatives to boy bands.

“This Is How We Do It” by Montell Jordan

Montell Jordan certainly made a name for himself with this, his only number one of the Billboard Hot 100 chart. The club anthem came about as a collaboration between nine songwriters in total. Today, Montell has left the music industry, instead serving as a minister.

“Cut Your Hair” by Pavement

Rock band Pavement managed to se3cure all-new auditions, with their Indie Rock hit snidely attacking the music industry. It was so popular that it went on to feature numerous pop culture references including the adult cartoon “Beavis and Butt-Head” where Butt-Head criticizes their music video.

Liz Phair’s career exploded when this hit from her second album “Whip-Smart” went live on air. It rose to number six on the modern rock charts while appearing on the Billboard Hot 100 as well. The track later featured as the soundtrack to the feature film “Love & Other Drugs.”

“Tonight, Tonight” by The Smashing Pumpkins

This hit from The Smashing Pumpkins was recorded with the backing of a 30-piece string-section played by the Chicago Symphony Orchestra. As one of their biggest success stories, “Tonight, Tonight” won no less than six MTV Video Music Awards including Video of the Year.

“Stay (I Missed You)” by Lisa Loeb

Lisa Loeb became the first artist to hit number one on the charts without an album, delivering a breakthrough album that sealed her place in rock and roll history. It was released in May 1994 as the soundtrack for the feature film ‘Reality Bites.’

“Girls and Boys” by Blur

“Girls and Boys” didn’t take long to become a preferred anthem of 90s club culture. Many considered it to be single of the year for ’94 with a banging disco beat that remained relatable while at the same time carrying the perfect light-hearted spirit to touch on controversial sexual connotations.

This classic track originally arrived as a demo with a slower tempo, but fans around the world can all agree that the upbeat reinvention that we’ve all come to know and love is perfect as it is. It was one of the very first music videos available to be watched on a computer, and included as a part of the Microsoft Windows 95 release package on the install disc called “Fun Stuff.”

“Juicy” marked a big moment for Notorious B.I.G. It was his first solo hit, and he released it four days before marrying Faith Hill. His legacy and impact on rap will be felt forever, with this track later featuring across popular media in hits like Eminem’s feature film “8 Mile.”

The music video featuring 18-year-old Fiona stripped down to her underwear made this one of the most controversial videos ever to feature on MTV. “Criminal” later became Fiona Apple’s only Grammy win, taking the ’98 award for Best Female Rock Performance.

“Creep” is a song of recognition, written well before Radiohead formed by lead singer Thom Yorke. Charlotte Church openly shared that she wished that she had written the track, saying that it’s a song that inspires positivity to those who are into hip-hop, hard house or the like.

Referred to as an ‘anthem for weirdos’ by Rolling Stone, “Basket Case” is a song inspired by the anxiety attacks suffered by lead singer Billie Joe Armstrong during his younger years. All of the anxiety surrounding the recording and release of the album Dookie was poured into this track, filmed at an actual California mental institution.

“Mysterious Ways” by U2

U2 recorded this song which began as an improv demo track called “Sick Puppy” amidst a difficult working attitude between Bono and producer Daniel Lanois. Despite the tension and difficult recording sessions, “Mysterious Ways” arrived as a breakthrough moment of inspiration.

“It Was A Good Day” by Ice Cube

Ice Cube put aside violence and turns to good vibes instead with the release of the ’92 hit “It Was A Good Day. It peaked on the Billboard Hot 100 at 15, this rapper’s highest-ranking track ever.

It took almost a year before “Loser” took off, establishing itself as a global radio hit by 94. As both the artists single greatest career hit and a song that came to epitomize “slacker rock,” the funny lyrics remain relatable to this day.

“Spiderwebs” by No Doubt

No Doubt’s single wasn’t released commercially in the US, but it did reach a global audience being praised for having one the catchiest chorus’s heard. In time, it became their sixth biggest song and the fourteen best selling track for Gwen Stefani.

Semisonic’s tribute to the last round call suffered around the world was lifted to even higher levels of acclaim when it became the soundtrack for the Justin Timberlake and Mila Kunis feature film “Friends With Benefits.”

“Mr Jones” by the Counting Crows

This ballad rings out giving inspiration to struggling artists and musicians who “want to be big stars.” It’s a track that’s far simpler than most think, as expressed by Adam Duritz who said: “This is a song that has been misinterpreted greatly, to say the least.”

November Rain is an utter masterpiece and one of the greatest rock ballads ever written and performed. This is reflected through not only the power, striking video, and emotional lyrics, but the epic achievements, including being the oldest song on YouTube with over a billion views.

Carrying a definite reggae influence and the dance beat of happy europop at its best, Ace Of Base struck gold with their ballad. The rhythms are utterly addictive, with this song proving that reggae always will have a global appeal.

This new jack swing hit arrived in ’89 expanding hip-hop-infused funk with all new style moving forward into the 90s. It peaked at number 3 on the Billboard Hot 100, becoming a mainstream video to appear daily on MTV.

British band Pulp released “Common People” in ’95, with the track taking over as their signature song. Over the years it has been covered by countless people I many different styles, with Rolling Stone magazine even voting it the greatest Britpop song ever released.

“You Oughta Know” by Alanis Morissette

With “You Oughta Know,” Alanis Morissette officially made her transition from bubblegum pop to alternative rock – the genre that she forever since dominated. Morissette has remained silent regarding whether this iconic track has any identification with a real-life individual. She instead shared with a leading Canadian news house the Vancouver Sun “I never really comment on it because I write these songs for myself, not other people.” 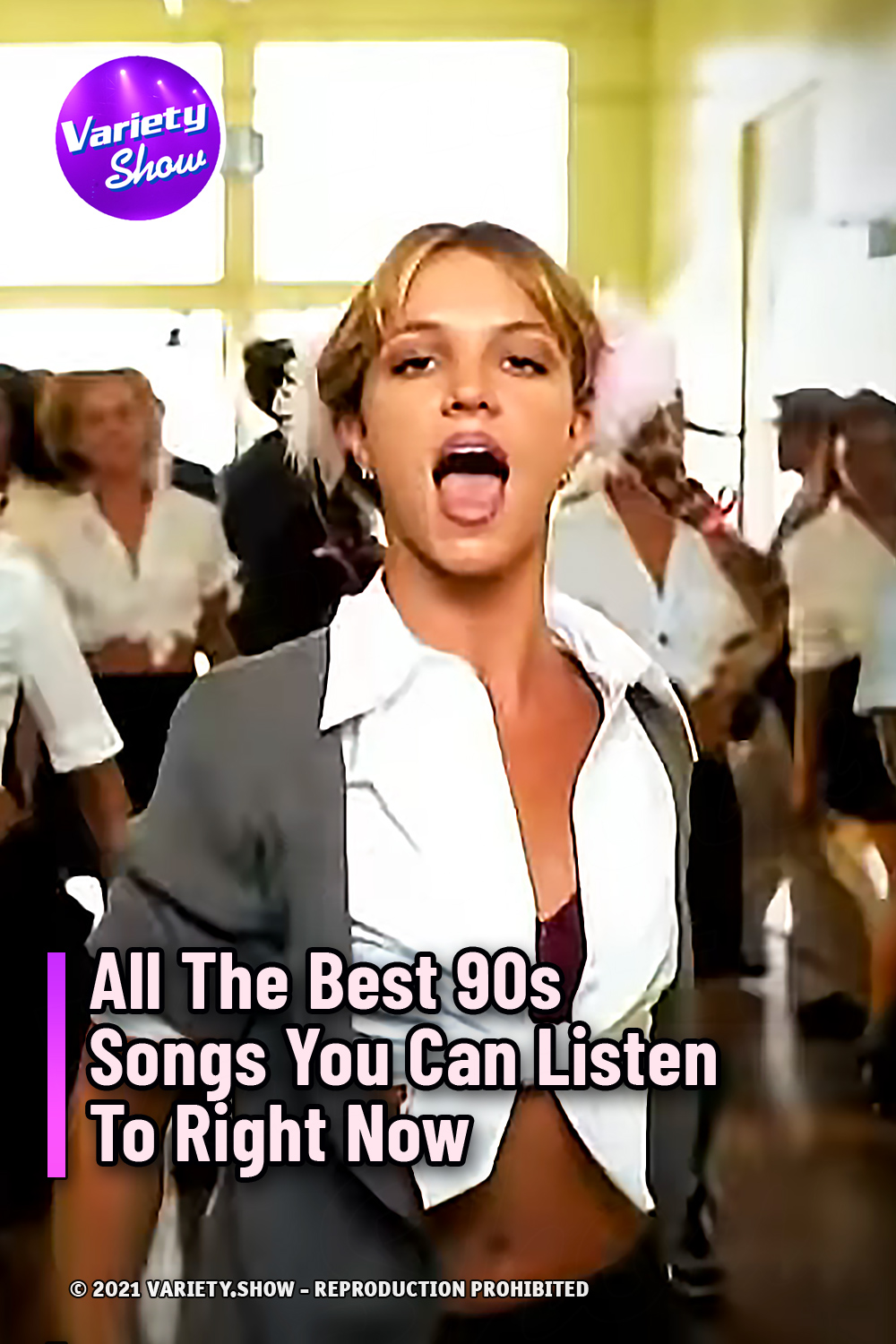