It is hard to believe that a man with such a nerdish look was the man who made the two guitars, bass, and drums band a standard of Rock and Roll.

In 1957 Buddy Holly, a 21-Year-Old Texan, was at the height of his career. The songs he and The Crickets wrote were hits all around the globe.

At the time of the performance on the Ed Sullivan Show, the band, including Holly, was still known and billed only as The Crickets due to a contract dispute with Buddy Holly’s former label Decca. 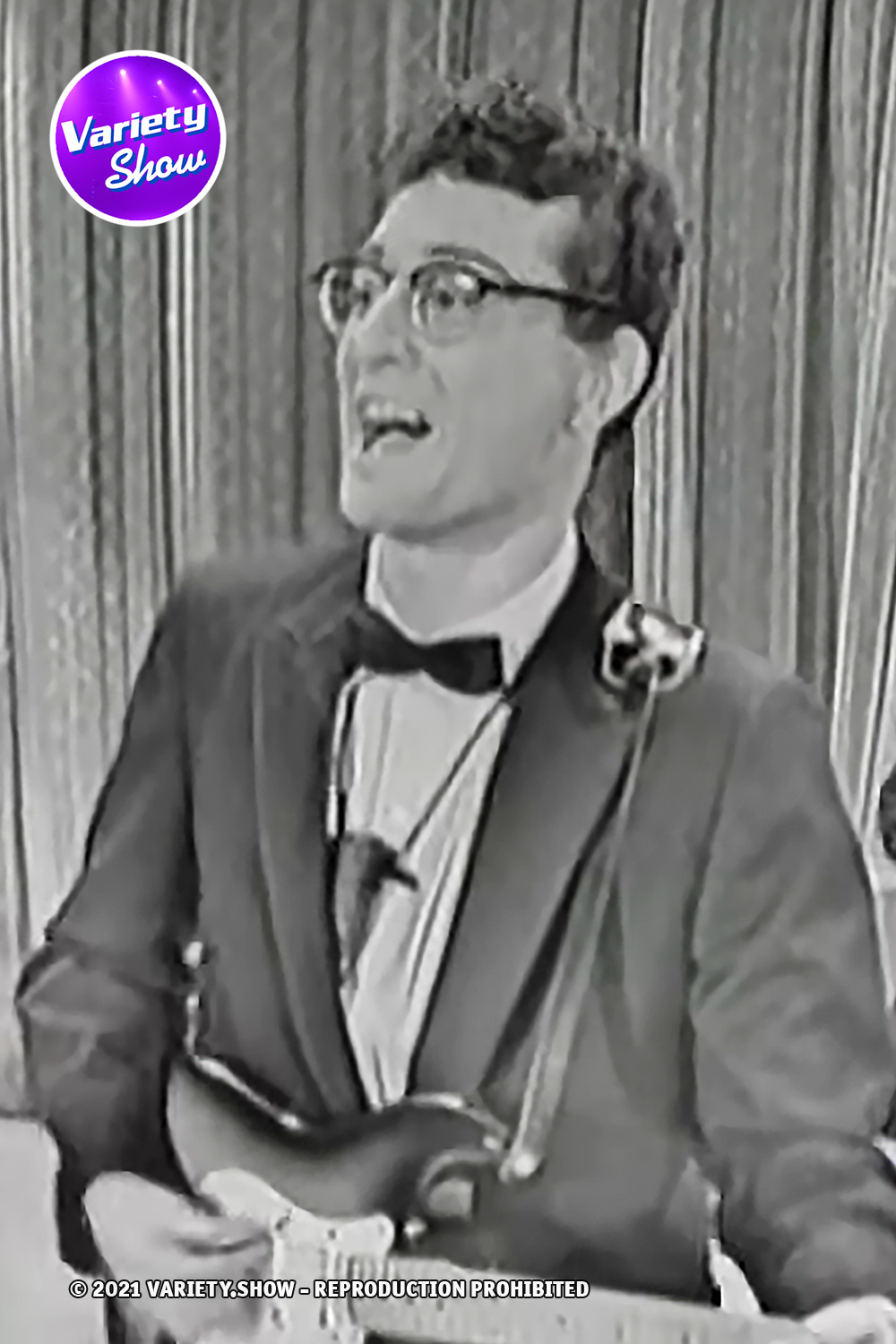 ‘Peggy Sue’ was written by the manager of the group Norman Petty and the drummer Jerry Allison. The first title ‘Cindy Lou’ after Holly’s niece, they later changed it to ‘Peggy Sue’ after Allison’s girlfriend and future wife.

Throughout his short career, Holly prolifically recorded demo songs, jam sessions, and solo performances. The amount of unreleased material found after his untimely death was so vast the label was able to release new Holly recordings for the next 10 years.

Buddy Holly was inducted into the Rock and Roll Hall of Fame in its first-ever induction in 1986. The day of the bizarre airplane accident in which Buddy Holly, Richie Valens, and J. P. Robertson a.k.a. The Big Bopper lost their lives is famously called ‘The Day the Music Died’.