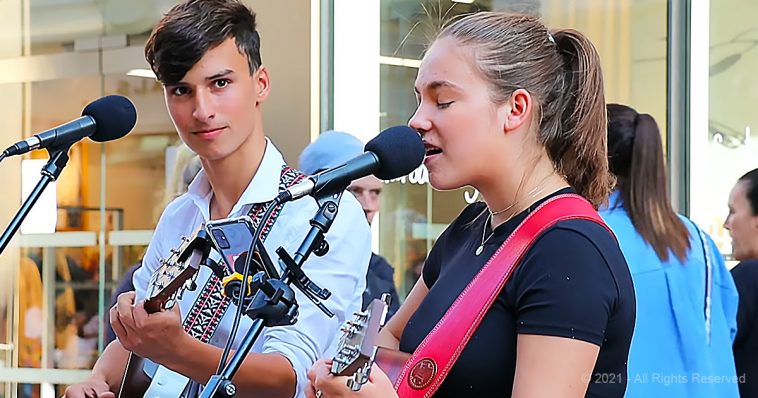 The duo set up in the busy shopping street for tourists and locals alike with two microphones, two guitars, and a shared music notebook. They strummed their guitars simultaneously and for the most part, maintained a similar energy throughout the entire song.

The melody was simple, sweet, and slow. The singers played into it, strumming gently and swaying lightly to the music. As their vocals shifted between stable and airy, the feeling in the air and among the crowd remained. 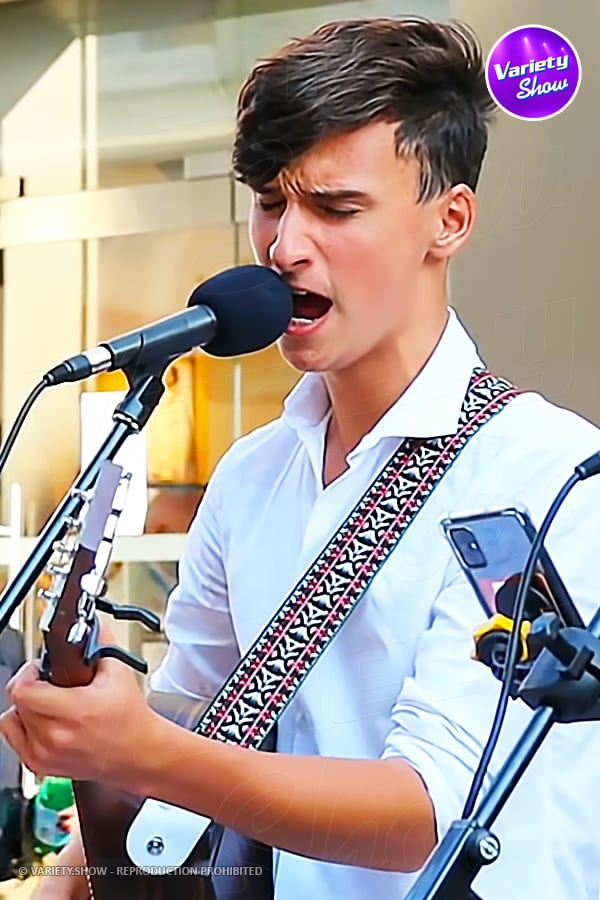 For most of the video, Cuan plays his guitar next to Allie as she plays. It’s in the last minute of the performance, he takes over the microphone with rich, deep vocals and Allie joins to harmonize. Both singers shared incredible range during the song.

Their chemistry was generously noted and spanned far past their matched energy and ability to sing together, though. Commenters and bystanders alike noted how enamoring the whole performance felt. Allie and Cuan themselves reacted to each other.

As he started to sing, Allie smiled excitedly. The best part of the video, though, is when Cuan smiles and shakes his head in joy at Allie as she hits a high note “It made my day,” she wrote of rewatching the video. This was their second time playing together. 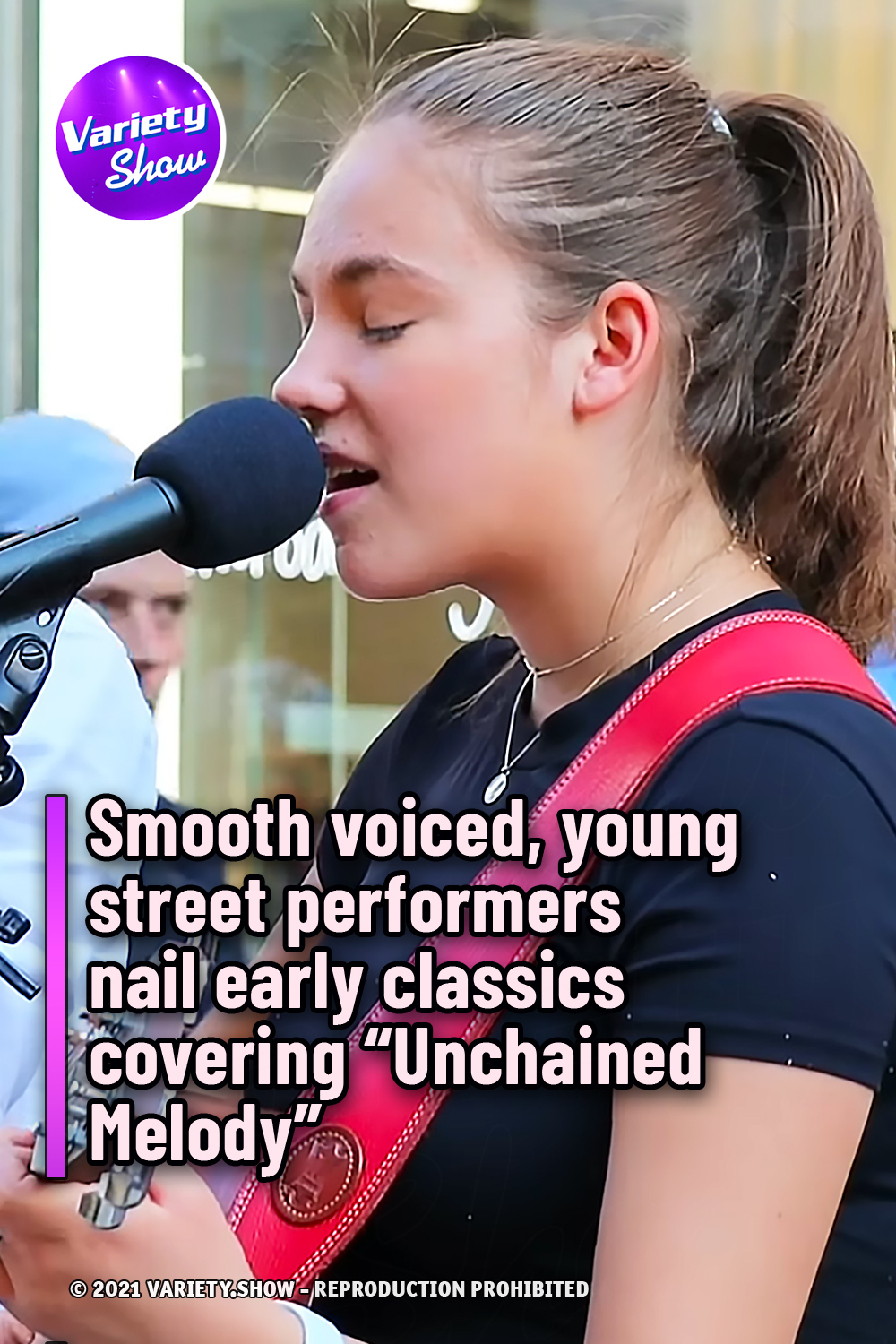