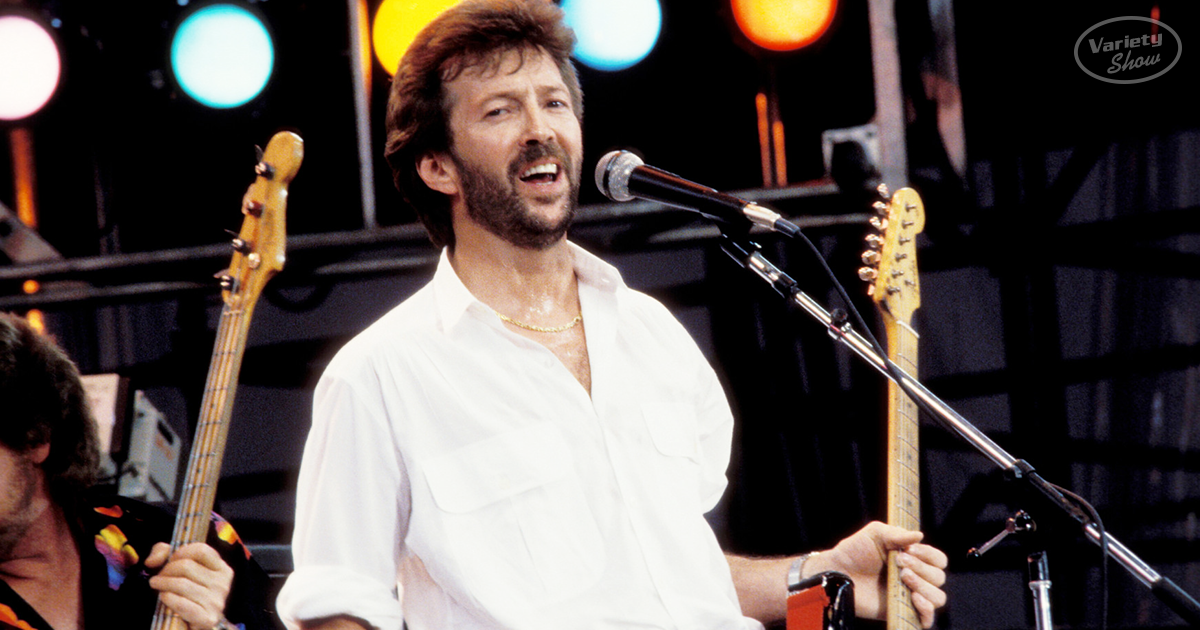 Rock’s revival during the 1990s brought with it an area of new music, guitar arrangements, vocal styles, and pop culture influences. The most memorable punk, alternative, grunge, metal, and hard rock tracks all come from the 90s. We’ve put together a collection of fifty of the best songs out there to refresh your memory, and hopefully help you find a few hits that you missed.

“Wait And Bleed” by Slipknot

When Slipknot dropped this track with its melodic vocals and softer-than-usual approach, it became a hit that both old and new fans went crazy for.

This mid-paced hit from Placebo may not have had the deepest lyrics, even being criticized by Molko himself, but this didn’t stop it from becoming one of the world’s favorite songs.

“From Out Of Nowhere” by Faith No More

Nu-metal got one song stronger when Faith No More released their album entitled “The Real Thing.” Their sound was exactly what the industry was looking for to cater to the ever-growing demands of an alternative audience who wanted mid-tempo songs but were tired of hearing tracks that just dragged along.

Dystopia is done right by Black Sabbath, as this track which evolved from an early unreleased song by the Geezer Butler band arrived from the gods of rock and roll.

“Buddy Holly” was a song that seemed to grow on everyone, standing as a firm example of how to infuse pop into traditional alternative rock without upsetting anyone. Add to this the Spike Jonze directed video, and you had an overnight sensation.

When the Gin Blossoms record producer heard this song, they recorded it immediately even though the band’s co-founder Doug Hopkins committed suicide three years prior. Some saw the lyrics that described jumping off a bridge too tragic for the release, but it became a hit nonetheless.

“Tears In Heaven” by Eric Clapton

This deeply moving song written by Eric Clapton and Will Jennings was inspired by the tragic death of Eric’s son. The four-year-old, Conor, fell to his death from a New York apartment.

“Crawling Back To You” by Tom Petty

With its beautiful piano lead and lyrics conjuring hope, this hit from Tom Petty became a defining point in his career. Critics largely agree that it’s his best song, a majestic hit with some of the most thoughtful lyrics in all of music history.

“Bed Of Roses” by Bon Jovi

Bon Jovi’s expensive rock video for Bed of Roses was a great parallel to the strength and emotion that he managed to infuse into the power ballad and beloved love anthem of the 90s.

“Killing In The Name” by Rage Against The Machine

Inspired by the LA riots involving Rodney King, the message and legacy of this song live on with the jaw-dropping final verse being as shocking today as it was back in ’91.

“Holy Wars… The Punishment Due” by Megadeth

This is a video about killing for religion that fans couldn’t help but love. The sharp rifts and pleasing melody are one of the boldest examples of drummer Nick Menza’s influence on Megadeath’s music style.

As Nine Inch Nails’ best-known song, “Closer,” had to be censored and cut in order to appear on the radio. Fans consider it the most iconic track in industrial rock history.

“Song 2” started off as a popular hit in clubs around the world. As it aged, the catchy single seemed to pick up traction ending up a staple choice for countless brands in popular culture, including its most recognizable appearance as the soundtrack of “FIFA: Road to World Cup 98”.

The highly popular riff from this track recorded in ’91 but released in ’93 actually originated during a soundcheck. It was discovered during their “Cowboys from Hell” tour, and became so popular that it later featured in the movie “Triple Frontier.”

The punk-infusions of Rancid had a definite influence on the genre, with this track peaking at number eight on the Billboard Modern Rock Tracks.

“Roll The Bones” by Rush

Funky, fun, and carrying a late ’80s sound, the 1991 hit arrived just after the band had taken a short break. It sure seemed to fuel their creativity, with the entire album proving successful and going platinum.

Aerosmith defined the 90s with the sound of this song featuring a video starring Alicia Silverstone.

“Are You Gonna Go My Way” by Lenny Kravitz

Lenny guaranteed his path to stardom with the release of this ’93 hit carrying a timeless sound that’s been compared to greats like Jimi Hendrix.

“Amused To Death” by Roger Waters

Waters began developing this track years before its release during the writing of the 1987 hit “Perfect Sense.”

As with most of Plant’s music videos, the whole of this track’s visuals takes place in San Bernardino County, California. It is a tale of apocalyptic misery that fans couldn’t take their eyes off thanks to the sound of his epic riffs.

As the headlining track from their Grammy-nominated album, “Painkiller” had all the makings of great rock music. From the hard drumming to the bold, intricate lyrics describing a cyborg, every part of this song combined into one of the most definitive moments of Judas Priest’s career.

“I Alone” by Live

The abstract lyrics of this song seem to lead most to think that it’s a love song while the lead singer Ed begs to differ. He explained that the song is actually depicting that one needs to find one’s own religion and truth by singing, “The greatest of teachers won’t hesitate to leave you there by yourself chained to fate.”

“Let’s Get Rocked” by Def Leppard

Def Leppard’s hit could easily be considered poetry and is yet another track using the world rock. They’ve also delivered “Rock of Ages” “Rock! Rock! (Till You Drop)” and “Rocket.

“Remedy” by The Black Crowes

When the Black Crowes released this track about freedom, they tried to keep it as simple as possible. Perhaps this had something to do with its success, having reached number one sticking for eleven weeks.

Legendary 90s rock band, The Smashing Pumpkins, were producing their best rock at the point when they released their grunge masterpiece double-disk album featuring this amazing track.

Ex-punk rockers, Soul Asylum, must have been inspired during the year of ’92 when their album ‘Grave Dancers Union’ spawned four charting hits including this song.

“Hunger Strike” by Temple Of The Dog

Seattle grunge hit a high point in 1991 with the release of this track by what started as a project that Soundgarden’s Chris Cornell worked on. The Temple of The Dog went on to become a grunge supergroup.

Who doesn’t want to be famous? If you don’t want it, then you’ve at least dreamed of it. That’s exactly what this song is about – hitting it big.

Out of the many tracks that Blind Melon made, it was this one that went on to become a smash hit at number five on the Billboard charts. It was so good that the band became tired of hearing it and equally tired of seeing the “Bee Girl” made famous by loads of MTV playtime.

Irish grunge rockers, The Cranberries sang this song in memory of Johnathan Ball and Tim Parry who died in the 1993 Warrington IRA bombing. The two were just three and twelve respectively.

Hardcore love song and fan favorite from the Foo Fighters, “Everlong” was easily the most popular track from their “The Colour and the Shape” album.

This is a track that suffered from bad timing. They released it just a week before the launch of “Smells Like Teen Spirit.”

“Under The Bridge” by Red Hot Chili Peppers

“Under the Bridge” was a massive success for the Red Hot Chili Peppers both creatively and commercially. It described life in LA, reflecting on singer Anthony Kiedies struggles with drugs.

“Fear Of The Dark” by Iron Maiden

The title track from their last album was a smash hit like few others, bringing hope to hard metal. Critics still debate whether it was an improvement over their ’80s hits.

Paranoia is pulled apart by a song and video that are just as funny as they are musically brilliant.

Little did Noel Gallagher and the rest of Oasis realize that their new creation would one day become an enduring rock anthem. The tale detailing an imaginary friend coming to save you from yourself was a global hit.

“Losing My Religion” by REM

This song often confuses newcomers to its catchiness. It’s not about religion at all but rather about running out of patience. A common Southernism used in the US is ‘Losing my religion’ which means ‘at my wit’s end.’

Most people have a moment in their history where they can remember turning to “One” for a source of support and emotional guidance. It’s a rare love song, and true gem no matter what style of rock, or music, you prefer.

This may not have been their biggest hit, but it is a hard rock hit that has you hooked from the moment that you hear its melody.

The closing moments of this song end with a David Gilmour slide-guitar solo that critics consider to be the best solo he has ever recorded.

This track is so depressing that it is that very characteristic that lead to its fame.

Most people don’t know that The Verve claim to have actually received permission from former Rolling Stones manager Allen Klein’s ABKCO records to sample from “The Last Time.” We all know what happened from there.

Freddie Mercury was not in his best health, but this didn’t stop the living legend from producing a song that blew audiences away. At over six-minutes long, every last second was magic.

This impactful track from Metallica marked their entry into mainstream appeal, with hordes of new fans turning to old hits in order to satisfy their craving for more great music.

The vocal quality and overall composition of this track have been compared to greats like Pink Floyd. After all, it did walk away with the Grammy Award for Best Hard Rock Performance of 1995.

If you only know two songs by Guns N’ Roses, it’s probably this and ‘Sweet Child O’Mine.’ Recording “November Rain” was a mammoth project due to Axl being a perfectionist, but it’s a good thing he is – the world loved every part of it.

This thirteen times platinum-selling masterpiece is the very first mainstream classic that Pearl Jam succeeded with despite later turning away from contemporary rock.

“Would” by Alice In Chains

The tribute song to deceased Mother Love Bone frontman, Andrew Wood, is a deeply emotional song inspired by the heroin overdose of a beloved friend.

In one of the largest deals ever brokered by Thomas Golubic, the producer of “Breaking Bad” and “The Walking Dead,” AC/DC charged half a million dollars to the film “Varsity Blues” to use their smash hit.

The (arguably) most catchy rock song in the world opened up the doors for many other bands, including icons of rock like The Offspring and Weezer. Its launch rekindled an interest in rock music among young people. 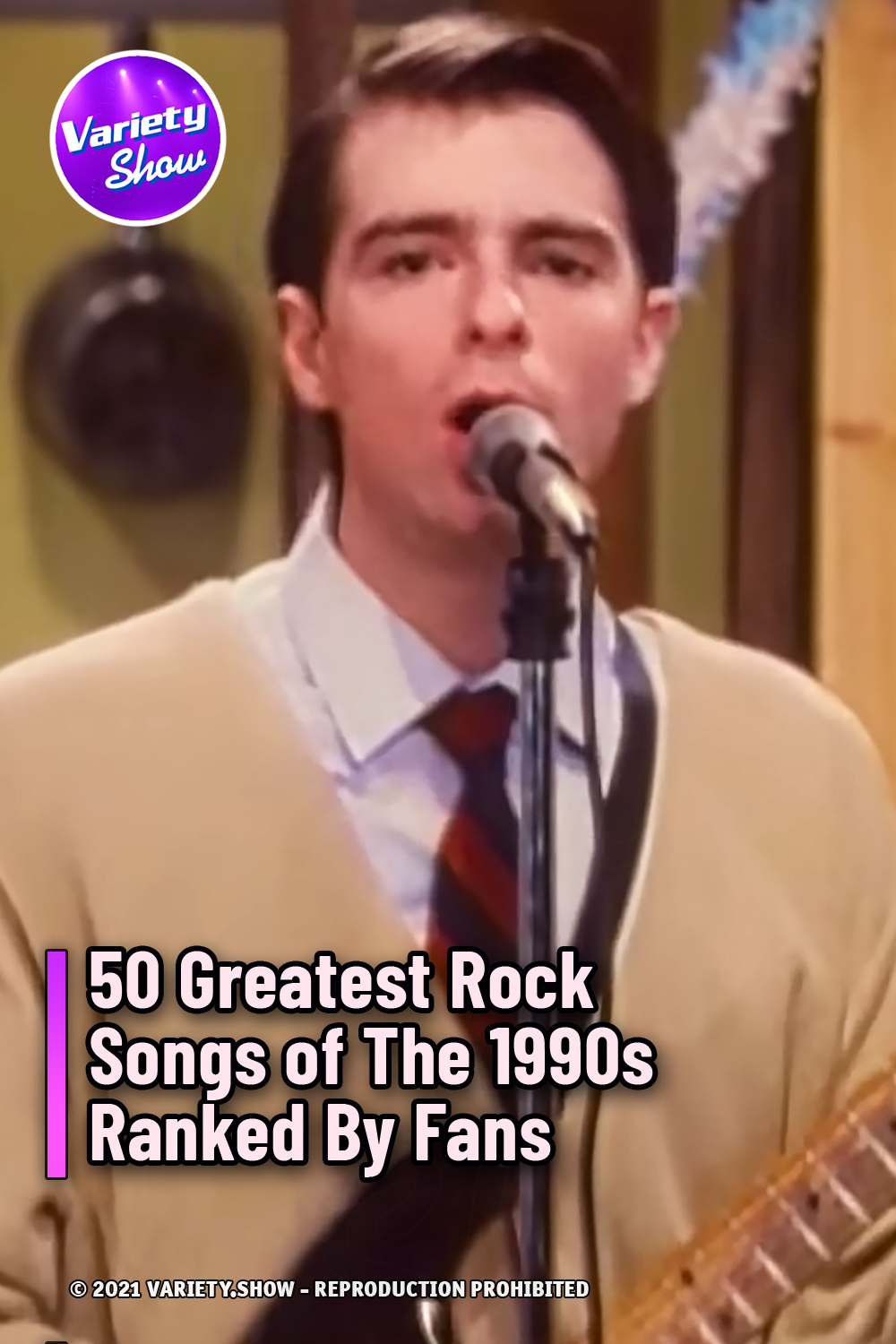