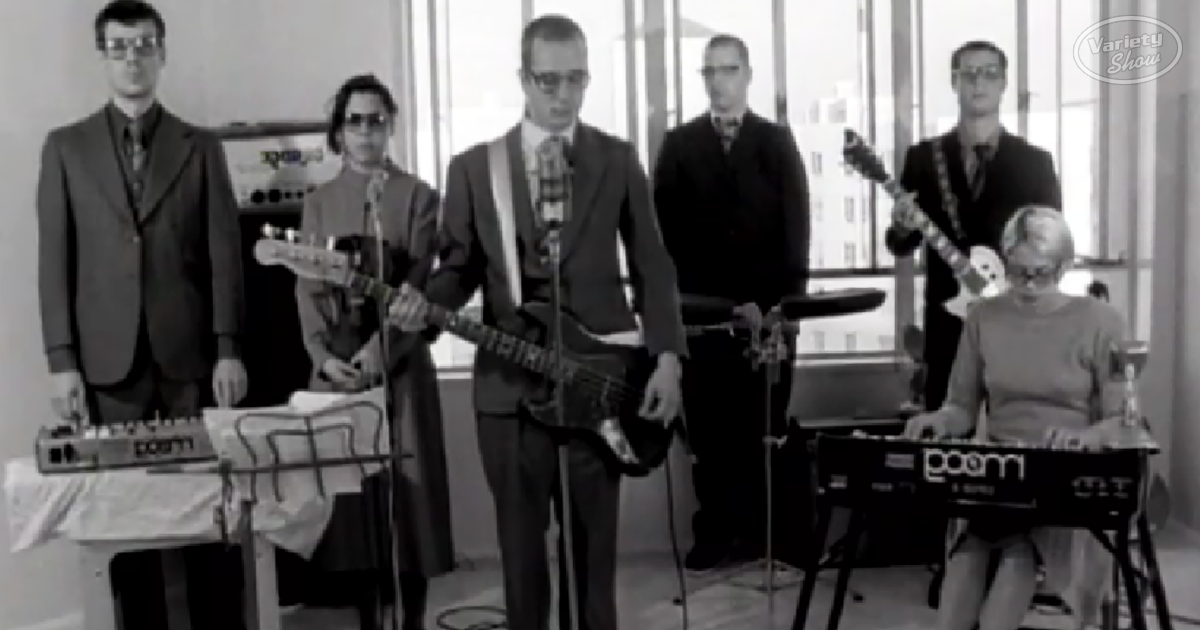 If you are a fan of alternative rock, then you’re sure to find at least a couple of new favorites on our compilation of thirty-eight hits. Many of these songs may have been overlooked due to their early roles in the formation of sub-styles within rock throughout the 90s. By the time you’ve been through a few, nostalgia is guaranteed.

Out of all of Dig’s hits, this has to be one of the most underrated gems with a video that’s equally as captivating as the alt-rock hit itself.

Australian rockers Ammonia was a popular choice for grunge fans, with “Drugs” rising to become one of their most popular tracks despite many singles coming after their debut.

“Spin” by The Darling Buds

Alternative rock sensation from Newport, South Wales, The Darkling Buds, developed a catchy sound that’s reminiscent of early music from the Beatles, securing the success of “Spin” in 1987 with a feeling of familiarity.

Swedish rockers Whale built a dedicated fanbase, but despite many hits, this track which won the MTV Europe Music Award for Best Video in ’94 has to be both a fan-favorite and their greatest commercial success.

English alternative rockers, Catherine Wheel, received their greatest exposure in the United States with the video for this track, which featured a plane going down.

“Not an Addict” by K’s Choice

With “Not an Addict,” K’s Choice gained the respect of alternative rock fans around the world, moving the band more in the direction of rock and away from mainstream pop.

Juliana had a big impact on female Indie rock during the 90s, with this unforgettable track firmly establishing the Boston rocker as an alternative music icon.

What a debut it was for Poe when she released this song and video playing the role of Jezebel in a biblical hell.

In the relatively short life of New York rock band St. Johnny, “Scuba Diving” was the one song that the most fans seemed to relate to earning it a good deal of mainstream appeal.

Joydrop’s 1999 hit “Beautiful” came with a hauntingly surreal video that was as artistic in its simplicity as the music was rewarding in its electronic-influenced undertones.

“Labor of Love” by Frente!

Australian rock group Frente! reached international exposure becoming a believed alternative staple of 90s music with the release of this track that peaked at number ten on the US Top Heatseekers chart.

As one of Hum’s greatest hits, it became such a famous alternative track that it even ended up featuring on an episode of “Beavis and Butt-head.”

Rock and power-pop trio, Buffalo Tom, had a great deal of success in clubs around the UK but it was this track that went on to feature as the soundtrack to the TV series “My So-Called Life.”

There are few other tracks by Grant Lee Buffalo that were as broadly popular as “Truly by Truly.” It was a masterpiece that he first started working on in ’96 but only ended up recording and releasing it in 1998.

“You Suck” by The Murmurs

Leisha Hailey and Heather Grody’s greatest achievement as a duo has to be this definitive indie-rock hit released in 1994 upon their debut.

“All Sideways” by Scarce

Rhode Island alternative rockers Scarce went on to produce many fan favorites, but this early hit from ’94 still holds some of their richest sounds, classing among their best work.

“Dream All Day” by The Posies

With the album that “Dream All Day” featured on, The Posies took their sound to a heavier place. “Dream All Day” had hit the perfect sound for early 90s grunge fans, receiving a good deal of airplay through ’93.

“Super Fire” by Girls Against Boys

Here we have a band that is best described as post-hardcore alternative, forming in 1988 and constantly evolving through the turn of the century. By the time that “Super Fire” arrived in 1996, their definitive alt-metal sound was perfect, making this a must-see.

With her Viking helmet worn proudly, Bran Van 3000 put forth an extremely creative music video that celebrated partying in drinking in the City of Angels.

The 1995 hit from Belly didn’t take long to become a favorite of Indie and alternative fans around the world, with its infectious, catchy beat & lyrics demanding attention from the start.

Scottish Indie pop sensation Bis released this hit in 1997 with a music video that favored storytelling, conveying the meaning of their song through a colorful tale that had you watching whether you were a fan or not.

Luscious Jackson released this track as a part of their second album “Fever In Fever Out.” Within no time, it climbed the charts reaching number eighteen on the Billboard Modern Rock Tracks, and thirty-six on the Hot 100.

“Here’s Where the Story Ends” by The Sundays

Critics praised the Jange-pop alternative hit “Here’s Where The Story Ends” for having an extremely broad contemporary appeal, which has led to it being remixed by dance DJs thanks to the strong pop elements featured.

If you liked garage rock, then this hit from Sloan could easily have been a favorite. With intelligent lyrics and a sound that few could replicate, many consider them among the greatest Canadian rock bands ever.

“Can’t-Wait One Minute More” by Civ

Whenever you heard a CIV hit, you knew it by the crisp vocals of Anthony Civarelli and the melodic but hard sounds of pop-punk riffs.

Rhythmic but true to everything that an alternative fan is looking for, “Connected” was a song that’s truly one of a kind.

“Groovy Train” by The Farm

Summer of 1990 brought this laid back alternative rock hit that became the most popular single from The Farm’s whole career – their first and greatest success.

If you are looking for the best alternative rock at the close of the 80s, then this masterpiece from Lightning Seeds is your song.

Canadian supergroup Our Lady Peace is regarded as one of the best rock artists to emerge from the country, with “4 am” arriving in 1997 with lyrics and a video that fans adored. It took the MuchMusic Video Award for Peoples Choice: Favorite Canadian group of ’97.

“Number One Blind” by Veruca Salt

Roald Dahl inspired rockers, Veruca Salt, wowed the Chicago alternative rock scene with their arrival of the dark track “Number One Blind” a year after their debut single.

“Here and Now” by Letters to Cleo

This 1993 Indie hit from the Boston rock band was one of their greatest ever spanning all parts of their career including three rebandings and reunitings.

“Friends of P” by The Rentals

Matt Sharp made a definite difference to the sound of this 90s staple rock band, with his influence being clear in the main vocal performance of this song.

This is classed by fans to be one of the most unique, enriched alternative rock singles debuted, with the West Midlands rockers reaching a sound that the whole world turned to satisfy their harder rock cravings.

“I Wish I Was Him” by Noise Addict

Ben Lee’s brilliance continues to live on to this day, with “I Wish I Was Him” clearly arising the track that drew the band the attention of The Beastie Boys, which was a fantastic move for their career.

“California Tuffy” by The Geraldine Fibbers

In this ‘97 video, you can see early punk rockers Bozulich, Daniel Keenan, Julie Fowells, William Tutton and Kevin Fitzgerald having the time of their life.

You can hear the transitional style that Meat Puppets had developed by the time of launching their highest charting single. Their contributions to psychedelic rock are known to have influenced some of the greatest bands of all time, including Nirvana. 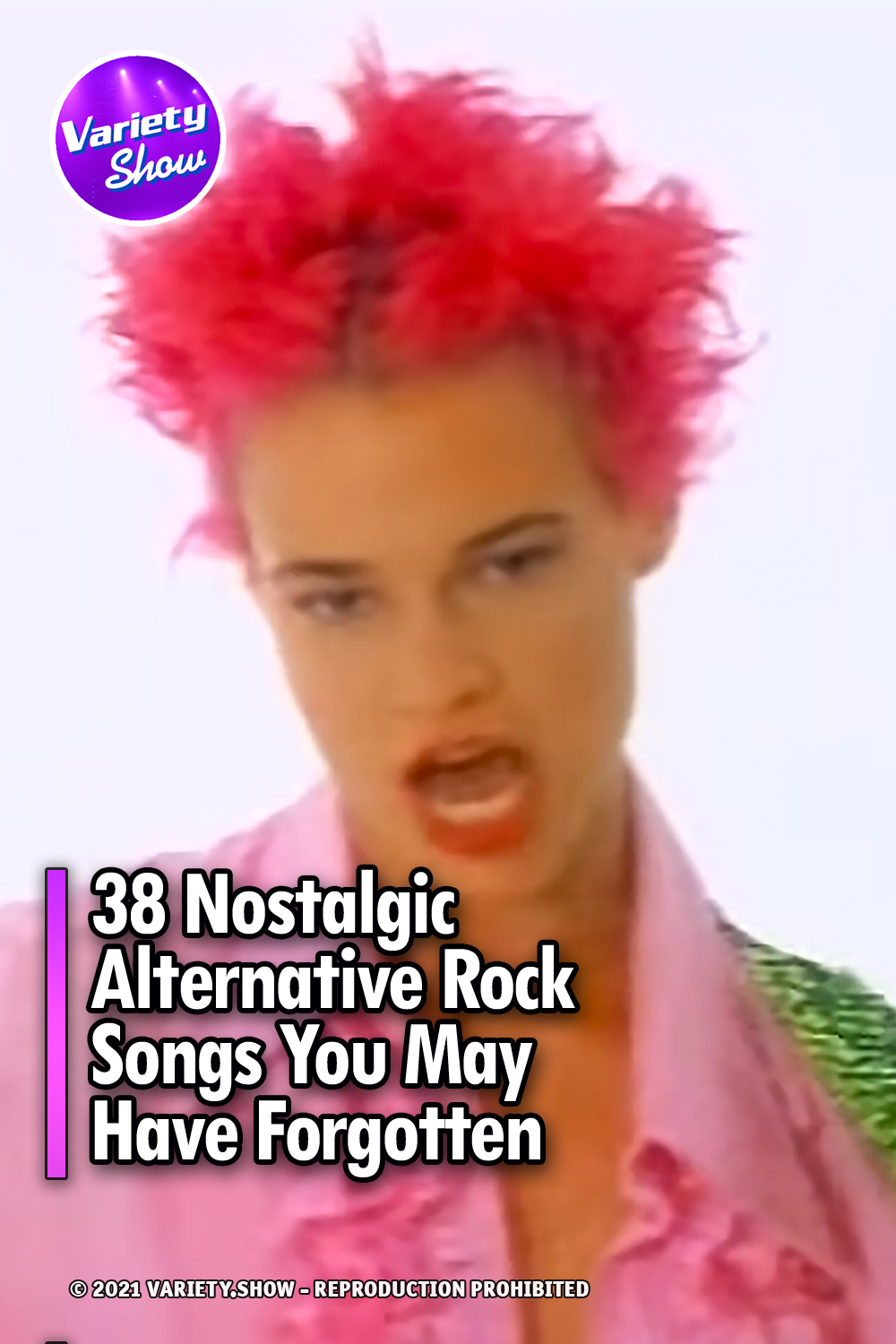