Andrea Bocelli is a famed Italian opera singer and producer known for his soaring multilingual hits. And, after hearing this teenager’s spot-on rendition of his chart-topper “Time To Say Goodbye,” it looks like she’s following right in his footsteps.

In this clip thirteen-year-old Solomia Lukyanets, hailing from Kiev, Ukraine, makes her incredible live television debut while auditioning for the 2015 season of The Voice Kids in Germany. In this special adolescent spin-off of the hit talent series, singers between the ages of 8 and 14 are encouraged to give it their all in front of three celebrity judges. 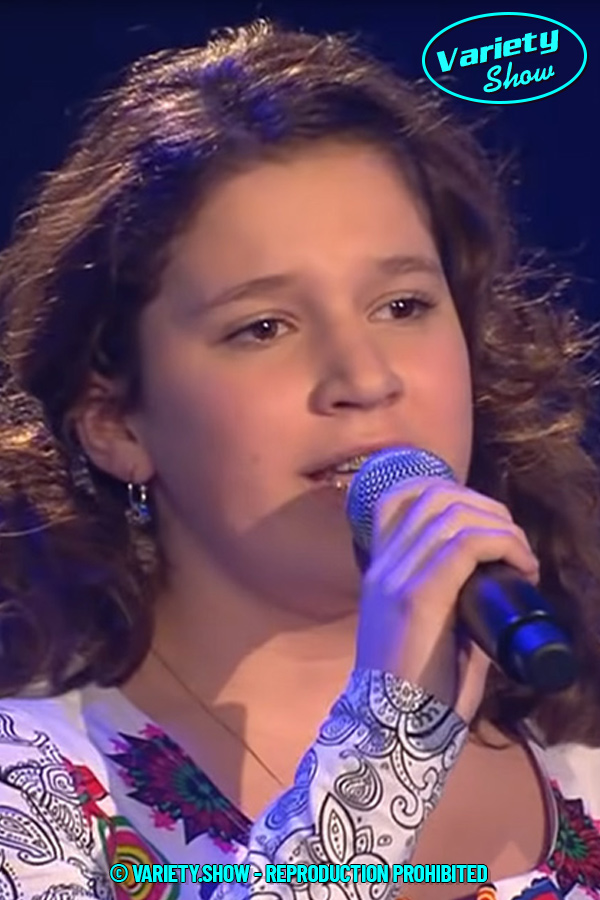 And it seems like this panel is especially impressed by Lukyanet’s performance as Lena Meyer-Landrut and Johannes Strate hit their buzzers within seconds of hearing her crystal-clear tone. But it looks like Meyer-Landrut is especially affected by the young vocalist’s talent.

As tears begin to stream down the judge’s face, Lukyanets wows the crowd with her soaring high notes and cool composure. Now it’s just up to the panelists to fight over who gets the privilege of having the talented teen on their team.