Mandy Harvey is a deaf singer whose combination of flawless power and amazing songwriting astounded the judges, in a performance that Simon said to be the most amazing thing he’d ever seen and heard. Her original song, ‘Try,’ moved the entire audience, captivating with every word.

This singer wasn’t born deaf. Instead, she gradually lost her hearing due to connective tissue disorder. It was only at the age of 18 that she became totally deaf. Using a combination of muscle memory, visual vocal meters, and a process whereby she feels the vibration in the room, Many overcame a seemingly insurmountable hurdle. 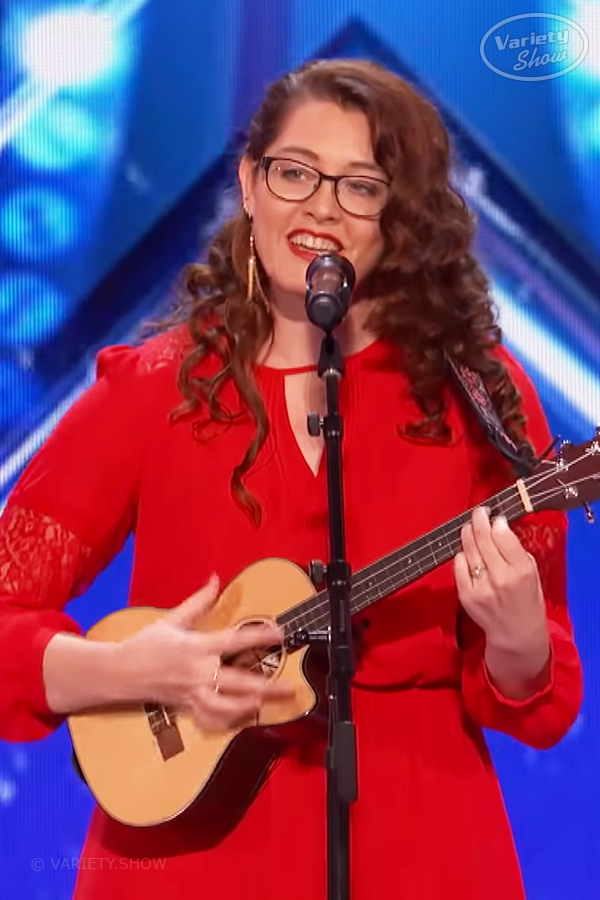 Passion paid off as this singer turned deaf decided to press on and learn to sing as she once did from an age as early as four. The star could barely reach the last few lines o9f her song before the audience could no longer contain themselves, unleashing a roaring cheer.

Just after awarding Mandy the golden buzzer, Simon praised her, saying, “That was one of the most amazing things I have ever seen and heard.” before rushing onto the stage to give her a huge hug and a kiss. This was one star who most definitely deserved the golden pass through.

Her moment on the AGT stage will last forever after being immortalized by Simon Cowell’s choice to strike the Golden Buzzer. What a wonderful choice he made to send Mandy Harvey through with the emotional song of her own composition, ‘Try.’ Catchy and relatable, audition’s don’t get better than this.