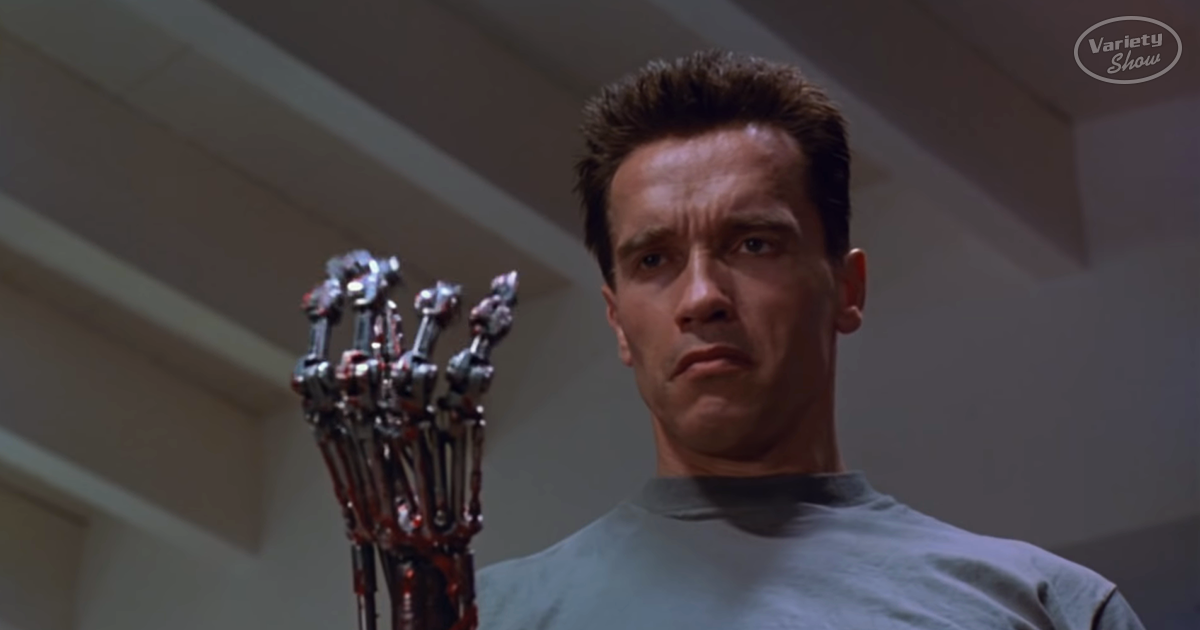 The movies on this list can be considered education in 90s pop culture, with all of the best movies of not only the century but in many prevailing opinions – the decade, listed below. All of the classics can be found, with enough variety to breath all new life into any movie night. Here’s the 30 best 90s movies ever made.

Rollerblading became popular all over again when Airborne hit the silver screen in 1993. Starring Shane McDermott and Brittney Powell, as Seth Green, the comedy covered Mitchell Goosen who loved to surf and blade. It’s a tale of overcoming odds, leading to a dramatic race day featuring likeable characters and a plot that everyone can relate to.

“Wild Things,” tells a tale of a high school guidance counsellor coming under allegations of rape. The controversial subject matter weaves a complex web of lies, greed and betrayal, as the story unfolds. With characters that you love to hate and a plot filled with conspiracy, the film was a massive success for Kevin Bacon, Neve Campbell, and Matt Dillon.

“Robin Hood: Men in Tights” is considered by many to be the greatest spoof ever made. When Robin of Locksley steps onto the screen returning after fighting in the War of the Holy Crusaders, one can’t help but break into laughter as he arrives kissing the sand. The writer and director Mel Brooks makes an appearance in his own movie as ‘Rabbi Tuckman’ – famous for his circumcisions.

A vicious gunfighter is presented an offer that he can’t say no to, leading to the retired gun returning to take on one last job. Clint Eastwood, Gene Hackman and Morgan Freeman appear in this movie which skyrocketed Clint Eastwood’s filmmaking career towards unparalleled success. It’s one of the greatest westerns ever made, filled with a cast that you can’t beat and a story that has you captivated from the first moment.

The way that Adam Sandler plays a spoiled man-child who spends each day enjoying an endless party is exaggerated, over-the-top, hilarious and unforgettable. This was his first major role, and while the movie was criticized for being a little thin on plot, it was a comedy that had you in stitches throughout while leaving you calling for more from the spirited comedian. Dumb and arrogant has never been so funny.

Here’s a biographical sports movie that’ll inspire anyone to chase their dreams. If tiny Rudy can end up playing college football for the famed Notre Dame, then we can all spur up the energy and motivation to push on and try a little harder. The message rang clear from the moment of its release, being praised for its freshness, earnestly and bold depiction of the power of human spirit.

The 90s brought about many coming-of-age comedies, but few were able to come close to the level of humor concerning pervasive subjects like hazing, getting laid and drug use. Texas in 1976 is shown in all its glory if a little hyped, resulting in a last-day-of-school movie that you can’t stop watching no matter how old you are. You get to see stars like Matthew McConaughey, Ben Affleck, and Parker Posey in one of the youngest roles ever.

If you were into rap, R&B, hip hop, soul music, or smoking weed during the 90s, “Friday” was easily on your top list. It’s Friday, and Craig (Ice Cube) and Smokey (Chris Tucker) don’t have anything to do but their rent is due, the dealer is owed cash, and a gigantic Terry Crews is coming to collect. Watch one of the funniest days in film history play out as characters like Big Worm, Pastor Clever, Deebo and a plethora of crackheads come to life.

Steven Spielberg’s epic tale of war is legendary in its graphical portrayal and emotional intensity. The way that it conveys the emotions, trials, and hope of the surviving soldiers during the Omaha Beach Assault scene alone is enough to win awards. From touching looks into the psyche of soldiers to accurate depictions of real-world, the movie was a massive success. It’s easily one of the greatest movies ever made, and also one of the most influential war stories told. The National Film Registry of the US Library of Congress has even selected this film for preservation.

“Scream” was a movie that forever defined slasher films. Wes Craven knows how to ride suspense, with this eerie horror starring Neve Campbell, Courtney Cox and David Arquette having you jumping out of your seat throughout the movie.

This three-and-a-quarter hour masterpiece and tale of tragedy had the world won over by its real-life love story. With aspects of history and fiction filling just the right places, Leonardo DiCaprio and Kate Winslet played equally fitting roles as social mismatches. James Cameron worked meticulously putting together a productio9n that used actual footage of the wreck and modern research to product models, CGI, and cinematography that astounded the world. It was the most expensive movie ever made at its time, carrying a cost of just over $200 million – well worth it when you consider that it grossed $2.187 billion.

“Dumb and Dumber” was an instant success with fantastic comedic performances from both Jim Carrey and Daniels. Jim Carrey went on to win the 1995 MTV Movie Award for Best Comic Performance, with the slacker role of Llyod Christmas astounding with stupidity over and over again. There are jokes that’ll bring anyone to tears, including both intelligent humor and slapstick comedy.

Alicio Silverstone’s coming-of-age teen comedy is so popular that it retains a cult following to this day. Many critics consider “Clueless” to be one of the best teen movies ever made.

The dark comedy “Natural Born Killers” was based upon a screenplay by Quentin Tarantino. Telling a tale of childhood lovers and mass murderers who rose to stardom thanks to the media, it’s one of the most controversial films ever.

This was a sequel that made the movie series even better, adding substance to first and continuing the cult classic story. It slams on the action, delivering the same appeal of the first movie just with a different degree finesse in certain scenes.

There are few movies from the 90s that stand out as much as “Terminator: 2 Judgement Day.” The whole cast delivered a believable performance backed by striking visuals rare to 1991, that made the plot and story come to life.

This is a comedy that may not be for everyone but for those who get it, it is epic. In this classic kidnapping case, ‘the Dude’ becomes entwined and in brings in the help of his bowling buddies, growing funnier by the moment.

90s Stoner Comedies fit Dave Chappelle like a glove, shocking those who don’t partake – and heck, even those who do – with over the top antics and a story that’s too big to be believed, but must be seen.

“Run Forest run” are words that will ring on forever thanks to this whimsical fictional account of American History. The Oscar-winning performance by Tom Hanks makes this a movie, unlike anything else you’ve ever seen.

Martin Scorsese’s thriller is a remake of the 1962 movie of the same name, and a shocking look at just how dark and driven revenge can be.

“Jurassic Park” depicted an amusement park of dinosaurs brought to life with such scary realism that it had the whole world overcome with archaeology fever.

If there is one movie that can bring a tear to the eyes of someone with even the most hardened heart, it’s the Mel Gibson masterpiece “Braveheart.”

No one would have ever imagined how breath-taking the downward spiral into self-destruction could become through the creative genius of “Fight Club.”

Quentin Tarantino’s tale of LA’s criminal underworld features an award-winning cast and a combination of shocking violence and humor that can be downright demented at times. It’s a pop-culture gem with an unconventional structure, and one of the greatest plots ever put into motion.

When “The Matrix” arrived it spurred all-new interest in technology, delivering the perfect envisioning of a dystopian cyberpunk reality where one lives in machine rendered to your own mind by your own mind through nothing but the suggestion and framework of artificial intelligence.

This story of an Irish-Italian making his way through life in New York City during the 50s won countless awards thanks to its brilliant cast and accurate portrayal of not only the graphic nature of organized crime but the emotional toll as well.

With a complex script free from holes and unusual casting, this movie rose above its humble appearance to become one of the most surprising success stories of the 90s – a definite must-see for anyone who enjoys mobster crime.

“The Shawshank Redemption” is a film that reached critical acclaim but never quite made it at the box-office. Despite multiple award nominations and a story that’s culturally and historically significant, it didn’t perform financially. 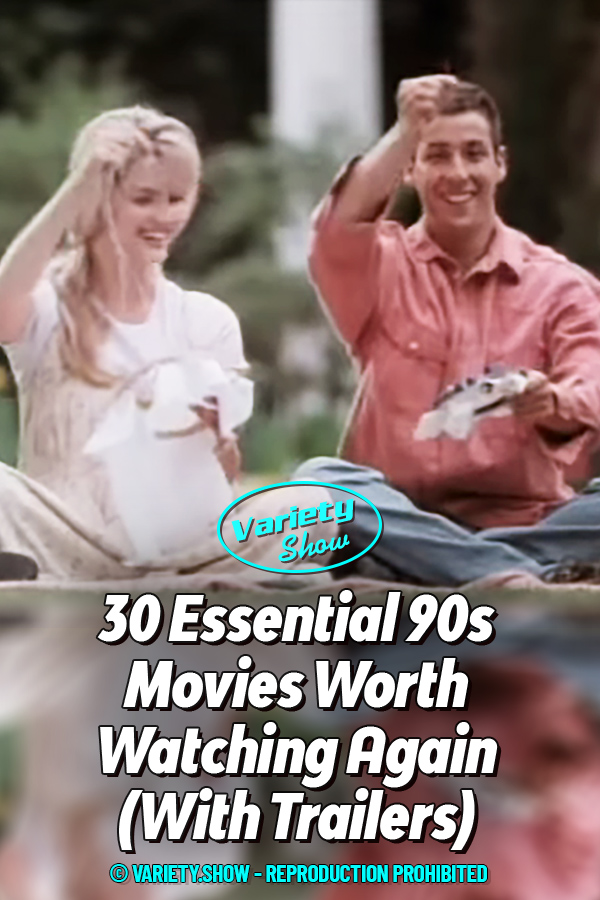