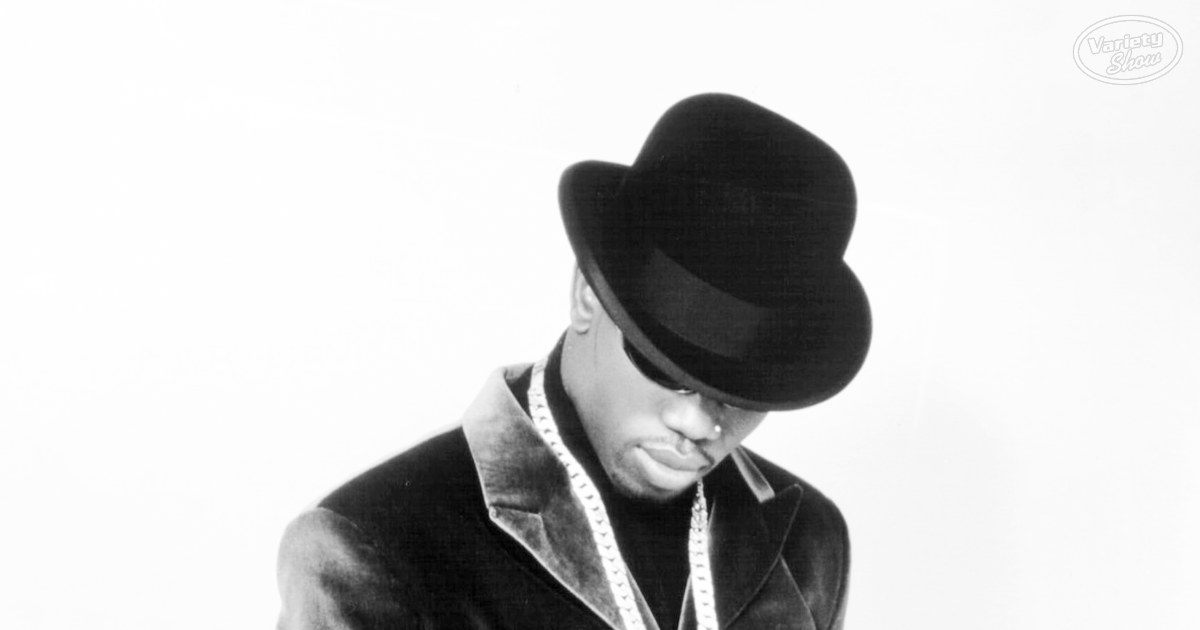 R&B was on a steady rise with endless innovation bringing fresh sounds and beats to the industry. With the breakthroughs came ballads from unforgettable stars like Mariah Carey, Whitney Houston and Janet Jackson to name but a few. The way that these pioneers shaped early R&B with their soul left us with a legacy of amazing tracks Here’s a look at thirty of the best R&B songs released in the 90s.

”Diamonds & Pearls” by Prince and The New Power Generation

When the first new single from The New Power Generation arrived in 1991, it marked the arrival of a very successful album spanning a range of hybrid styles. It is the title track from the album of the same name, delivering an edgy ballad that quickly rose to become a global hit.

“When Can I See You” by Babyface

Babyface won his first Grammy with this ’94 chart-topping hit, peaking at fourth place. His work was praised by critics and fans, earning him the Grammy for Best Male R&B Vocal Performance in the year of its release.

Toni Braxton’s sultry voice and distinctive style suited the luxurious music video, and foxy video perfectly as “You’re Makin’ Me High” climbed the charts. The joint collaboration with Babyface and Bryce Wilson proved to be one of her greatest creations, eventually going platinum while earning her the Grammy Award for Best Female R&B Vocal Performance of ’97.

Despite failing to make it onto the charts, Maxwell still made an impact with the first single from his ‘Embrya’ album. The single sold over a million copies, raking in massive airplay during its year of debut.

While Whitney Houston had many hits but few songs highlight her talent as well as this single. “Heartbreak Hotel” rewards with mid-tempo R&B that opened up Whitney’s work to a whole new audience of fans.

“Return of the Mack” by Mark Morrison

The whole world came to know the British rapper Mark Morrison thanks to this ’96 hit which earned him the number one spot on the UK singles chart, and the number two on the Billboard Hot 100.

“Tell Me” by Groove Theory

Groove Theory made a fantastic debut with their first album, with “Tell Me” drawing attention as both a banging R&B single and one of the hottest dance tracks of ’95.

“Remember The Time” by Michael Jackson

When “Remember The Time” arrived as the second hit to feature a video filled with cameo appearances, Michael Jackson’s album ‘Dangerous’ had officially sealed its place in R&B history. From the video set in Egypt to stars like Eddie Murphy, Magic Johnson, and fashion model Iman, this is a single that blew fans away.

“Just Kickin’ It” by Xscape

Xscape’s first single landed in ’93. While it has been critiqued for being unreal and rather sexist, the urban ballad reached massive success reaching the top ten on the Billboard Hot 100 within just four weeks.

Girl group SWV delivered a hit with one of the longest chart runs of all time. It spent a whopping 54 weeks on the R&B charts, featuring vocals from Michael Jackson’s 1983 track “Human Nature”.

“I Wanna Be Down” by Brandy

Brandy made her breakthrough with “I Wanna Be Down.” With Brandy flaunting her signature tomboy image while delivering smooth, soulful vocals and hard beat that makes this song an instant favorite, she couldn’t have hoped for a better reaction from fans and critics around the world. She since performed this hit at almost all of her concerts and tours.

“My Boo” by Ghost Town DJ’s

With unbeatable flow and rhythm and a video that gripped fans with its pool party visuals and appearance by Jermaine Dupri, “My Boo” is a hit that lives on to this day despite the group never lasting long.

“End of the Road” by Boyz II Men

As the greatest hit ever released by Philly R&B and hip-hop super sensation Boyz II Men, “End of the Road” spent thirteen weeks on the Billboard Hot 100. It was the first track to break the eleven-week record set by Elvis Presley with his double-sided record “Don’t Be Cruel”/”Hound Dog.”

R. Kelly released “Bump n’ Grind” in ’93, with three versions being featured on the original album. The original still airs to this day, with the legendary single establishing Kelly as one of the most iconic artists ever to enter R&B.

“No Ordinary Love” by Sade

“No Ordinary Love” arrived in ’92 as one of the best R&B performances ever to be released by Sade. It won her the Grammy for Best R&B Performance by a Duo or a Group with Vocals, while later being used as the soundtrack for the 1993 feature film “Indecent Proposal.”

“The Boy is Mine” by Brandy & Monica

Even though this song depicts Brandy and Monica battling over a boy, the whole story was made up. They played on the fact that they couldn’t shake a nasty rumor about being locked into an ongoing feud when in actual fact they didn’t even know each other at first. Monica had only known of Brandy due to her interest in gospel music.

Mariah Carey has one of the most successful R&B careers in history, with “Fantasy” marking her ninth number one in America. Late Wu-Tang Clan member Ol’ Dirty Bastard is featured rapping at the start and at the end of this ballad with hip hop elements.

“No Diggity” by Blackstreet

Blackstreet’s “No Diggity” was the ’96 hit that ended the fourteen-week chart-topping reign by the “Macarena.” The backing is credited to Teddy Riley but actually a secret production of D. Dre.

This was the song that made Timbaland famous as a producer, while at the same time serving as a brilliant debut single for Ginuwine. With a beat that resembles drum and bass and funky grooves that are utterly addictive, “Pony” was one of the biggest hits of ’96.

Musicians and brothers Jodeci teamed up with K-Ci Hailey and JoJo for a winning collaboration that truly put them on the map. It was the second single used to promote their album of the same name, becoming their first number one hit on the US R&B chart.

Erykah Badu is an artist whose soul can be felt in every word, with “On & On” winning her Best Female R&B Vocal Performance at the ’98 Grammy’s. Her neo-soul masterpiece is a creative adaptation of the 1985 movie ‘The Color Purple’ featuring a video where Badu is depicted a maid doing chores.

Little did Bell Biv DeVoe realize that his first single would become a chart-topping R&B hit that would sell well over two million copies. Its unconventional approach matched the contemporary style of the current new jack swing, telling a tale with lyrics that would later become key catchphrases in 90s culture. “Never trust a big butt and a smile” ended up in pop culture references across society.

With inspiration and arrangement lent from Wu-Tang Clan’s “Clan It Be All So Simple” and a style that had a profound influence on present-day hip hop and R&B, “Ex-Factor” is a song that is still sampled today. Even Drake’s track “Nice for What” has pulled parts from this 90s megahit.

Well before Jennifer Lopez became a global sensation of her own, she3 appeared in this iconic R&B hit from Janet Jackson. “That’s The Way Love Goes” topped the charts for eight weeks straight making it the longest-running number one by any member of the Jackson family.

“No Scrubs” by TLC

“No Scrubs” is one of the most iconic R&B singles ever released, marking the celebration of a new era where women refuse to entertain men who don’t treat them with respect. It was the first time that Chilli took the lead on vocals, with the track later coming the trio’s signature song.

“Hold On” by En Vogue

All girl group En Vogue’s R&B dance infusion hit the air on February 23, 1990. As their first single, the track was a huge success despite being believe to be a bit too slow for the group. Even though their following tracks picked up the tempo, “Hold On” still went on to win the 1990 Billboard Music Award for R&B Single of the Year and the ‘981 Soul Train Music Award for Best Single by a Duo/Group.

Did you know that “Brown Sugar” is a R&B soul ballad crying out love to cannabis, not a dark-skinned beauty. In just twenty minutes flat, Muhummad D’Angelo had come up with a hit, light-heartedly playing around on the piano while he waited for an engineer to fix an IT issue at his studio.

“Be Happy” by Mary J. Blige

Mary J. Blige’s ’94 hit was co-written with Puff Daddy, Arlene DelValle and J.C. Oliver. The music video reached global acclaim thanks to its striking direction by Diddy and Hype Williams. As one of the most popular songs to be requested by live performances including appearances on shows like The Tonight Show with Jay Leno and Soul Train, it didn’t take long to become Blige’s signature track.

“Are You That Somebody?” by Aaliyah

Aaliyah recorded “Are You That Somebody” for the Dr. Dolittle soundtrack. Her hit single released in 1998 featured not only production by Timbaland but a brief rap as well. From her outfit to choreography, the entire video was praised for its revolutionary approach to R&B. 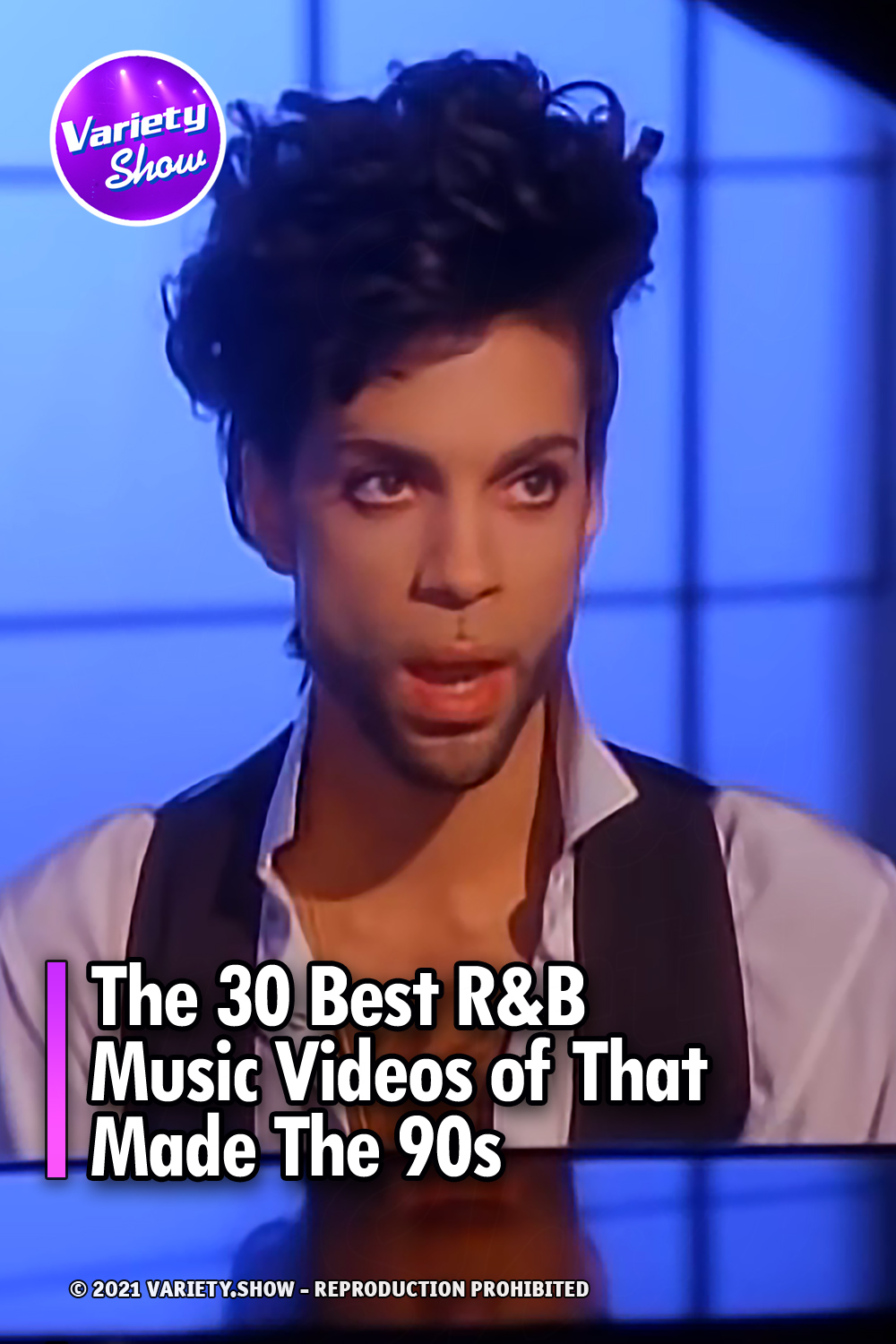