Shaquira McGrath is a waitress at the Atlanta Braves Stadium. She has wanted to be a singer ever since she was a little girl. She started singing when she was two years old and felt like it was what she was meant to do with her life.

However, she tells the ‘AGT’ judges that ever since she can remember, people have told her, “You sound amazing, but you could be a little thinner or a little taller.” She let those people get into her head, giving them the power to stop her from going after her dreams. 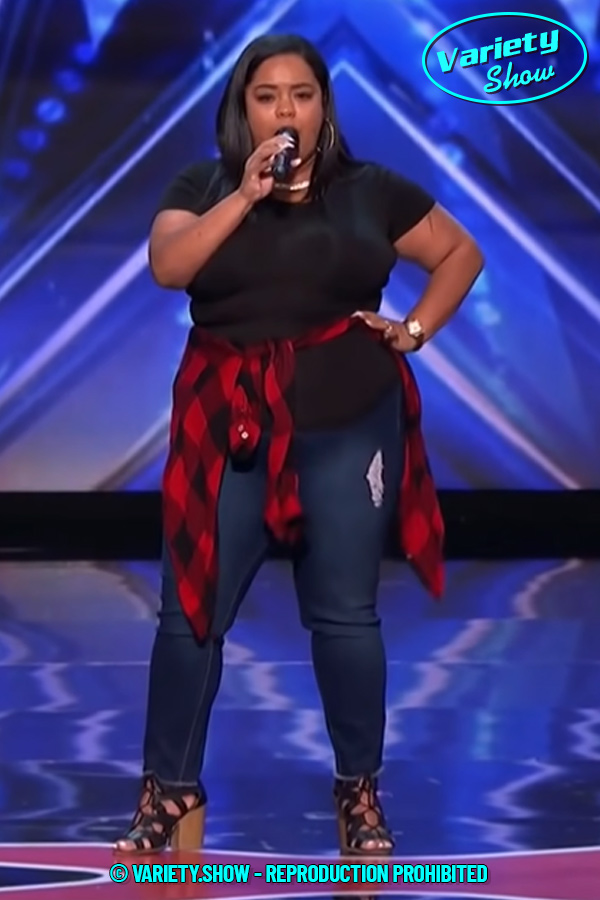 She is done letting people do that and tells the judges that this is her time now! The judges tell her that people who judge others for the wrong reasons are idiots, and encourage her to start her number. She proceeds to sing one the most powerful renditions of ‘Red Neck Woman’ ever.

She hits all the high notes effortlessly, and her performance is flawless! The decision is unanimous, and she is moving to the next round! She is exactly what country music needs right now, and I don’t think it will be long before she is doing more than “singing in the kitchen with the cooks.”