‘Why do Fools Fall in Love’ was possibly the sweetest song of the 50s. It ranked in the top ten on the pop Billboard charts but skyrocketed to number one on the R&B charts. It was the first and biggest hit for Frankie Lymon & The Teenagers.

In 1956 the boys appeared on The Frankie Laine Show to help promote their song. They had just spent three weeks recording it in the studio, and Laine was impressed with the “bubbling enthusiasm of our teenagers,” as it related to the emerging sound of rock and roll. 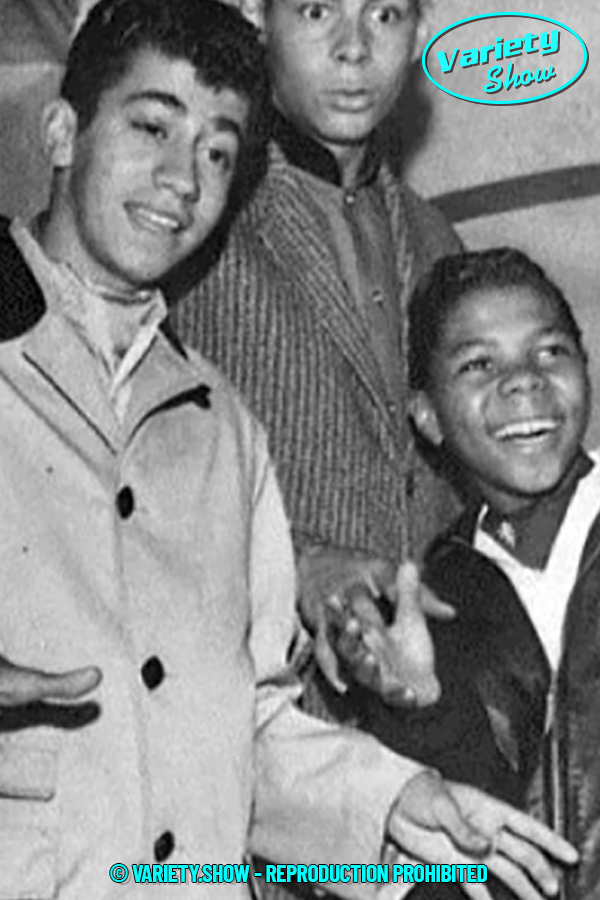 Laine asks Lymon how someone so young (13 to be exact) could write a song about love. Lymon delivers the charismatic answer: “I have been a fool for love since I was five,” and the audience chuckles. As it turns out, Herman Santiago had initially written the song from a love letter the group had received. Lymon helped rework it when he joined the group.

Laine continues to joke with the teenagers before getting out of the way and letting them do their thing. And it was an energetic and youthful performance. The vocals were on point, and the dance moves were sweet. The energy and relevant lyrics have kept this song alive all these years.