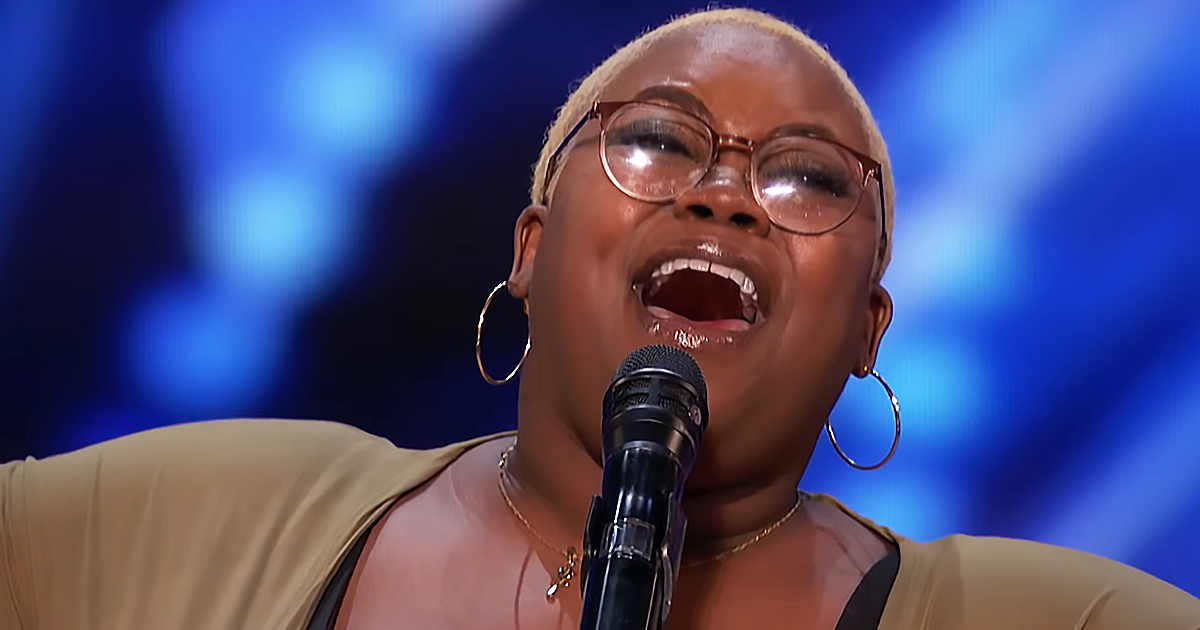 Cristina Rae arrived to audition for season fifteen of America’s Got Talent, but Simon Cowell didn’t like the Nashville singer’s original song “In the Air Tonight,”. The rocky start left the brave singer having to sing “Gimme Shelter” from The Rolling Stones instead.

No one was expecting Christina Rae to step up to the challenge of singing a different song for her AGT audition so boldly Simon clearly saw something, as the Tennessee singer delivered a performance of “Gimme Shelter” that earned her Heidi Klum’s Golden Buzzer.

The single mother blew the judges away with her encore performance, but it was Heidi that was overwhelmed by her powerful audition. Cristina was showered in a downpouring of glittering gold, and with it, her life has changed forever.

There’ll be no going back to sleeping in her car like Cristina Rae did when pregnant and homeless. She’s a superstar forever after this.