Fans love how Edgar is always around their favorite country singer. It is another wonderful quality of one of the best artists in the country.

The original video of ‘Love Someone’ was a good look into the life of Brett Eldredge. It shows the thrilling life on a tour bus with the country superstar. Everyone was having fun, including his dog Edgar.

Fans commented on the original video about loving the shots of his dog. And thus, the Edgar Cut of ‘Love Someone’ was born. 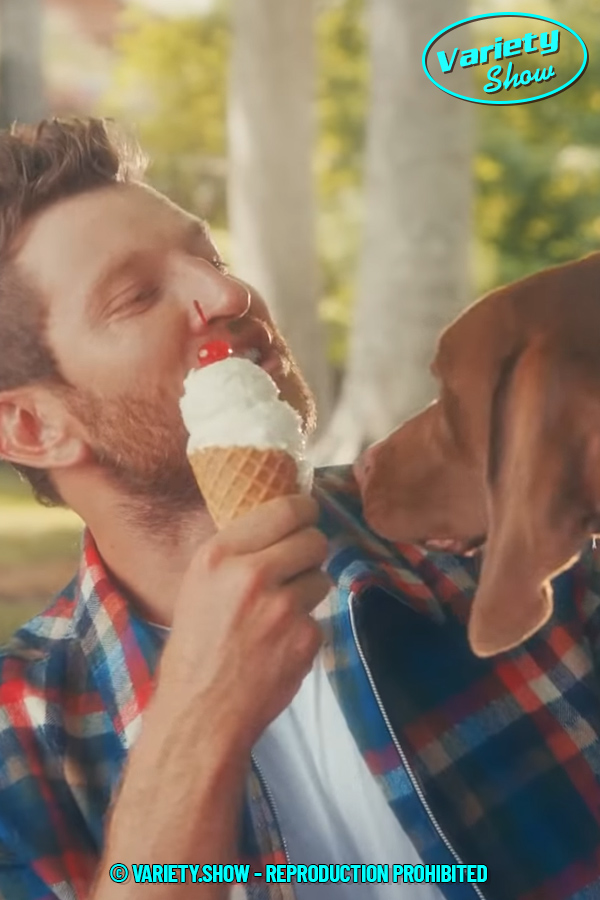 It’s the same song, but a completely different video. They ditch and live concert/tour bus angle and show a much more personal story. The song now focuses on the relationship between Brett and Edgar.

Everything fits, and it is almost like he originally wrote the song for his dog. Overall, it is an incredibly genius marketing move by Brett’s team.

Brett Eldredge is a multi-platinum selling Country Music artist with a big heart. He is considered to be the best live performer since Garth Brooks. And if the video is any indication, he has a heart just as big.