If you’re tired of the same old holiday hits, listen to the U.S. Navy Band. The song ‘Winter Wonderland’ has never sounded so good.

The song ‘Winter Wonderland’ is an all-time popular Christmas song. There is even a hit movie based around the song. Going a single Christmas without referencing the song is impossible.

And that is exactly why the U.S. Navy Band took to the stage to perform it. Taking a ‘challenge accepted’ attitude, the band added a country twang to the beloved classic. 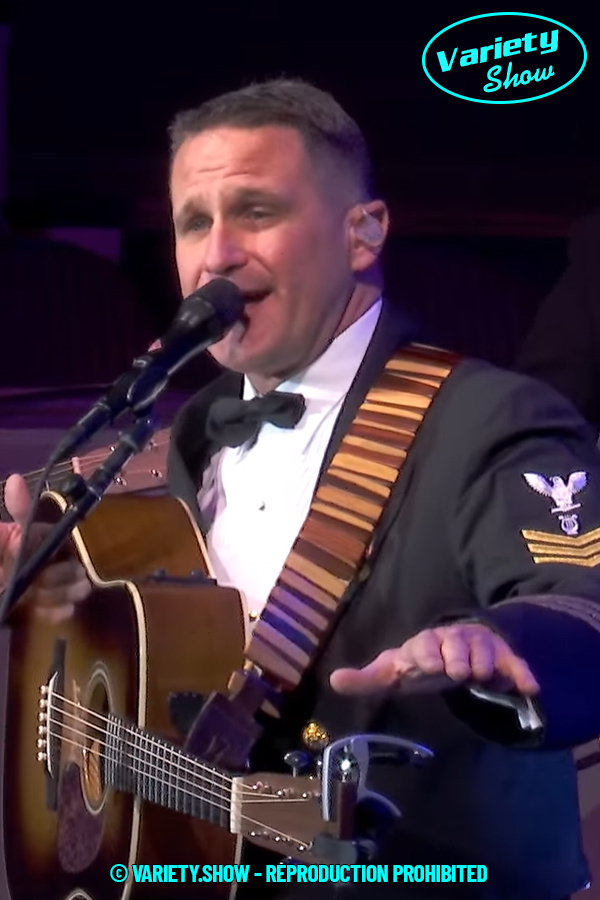 The sound was fantastic but completely different. All of this was helped by the fact that the lead singer had a Sinatra-like vibe. His voice was pleasant, and his actual presence made the entire song better.

The lead singer stepped aside multiple times, announcing a specific instrument for a solo. A notable solo was the electric guitar, which absolutely brought the audience out of their seats.

If someone didn’t tell you who the band on stage was, you’d expect it to be professional artists. Their dedication to the show was incredible, and has inspired many to try a new version of ‘Winter Wonderland’. Here’s to hoping that other Christmas classics get a country makeover.