When you think they can’t top a previous performance, the U.S. Navy Band strikes again. This is probably their best holiday themed song since ’12 Days of Christmas’.

Anytime the U.S. Navy Band takes the stage, you never know what you’ll get. Sometimes it is a comedy show that will leave you in stitches. This time around, it was soulful music with a great holiday song.

Known as the Sideboys, the well-known acapella quartet tried something a little different. They added a singer, a full band, and some of the coolest dancing of the season. 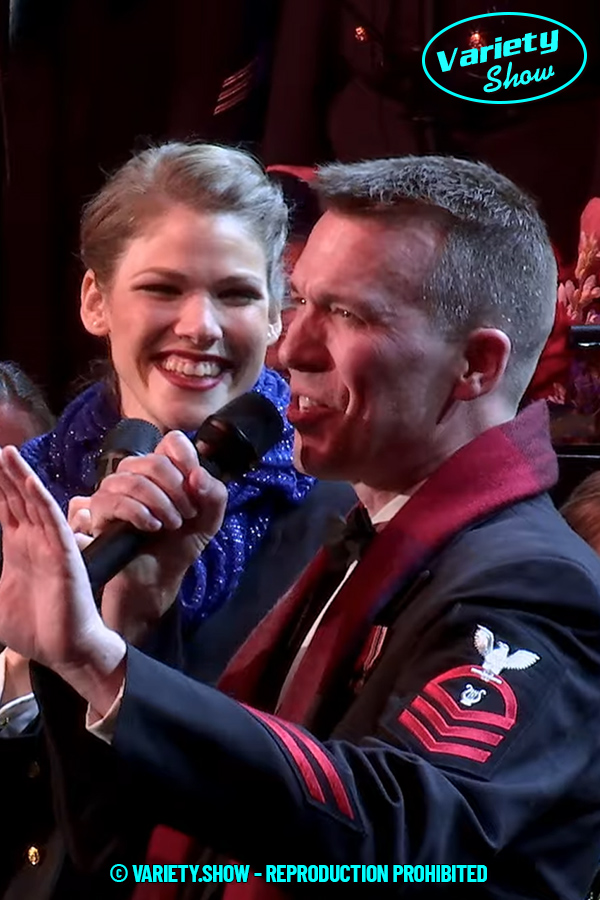 It was a different but welcome departure from their normal shows. Everything was coordinated well, right down to the singing and dance moves. With his signature Santa hat, Cory Parker led the song to completion.

Singing ‘Rudolph The Red-Nosed Reindeer’ was one of many acts that night. But these gentlemen made sure they were the most memorable group on stage.

Listening to the Sideboys Quartet is no different than listening to the big hitters like Pentatonix. The way the U.S. Navy Band spreads Christmas joy is admirable for the hard work involved. They’re not slowing down and will come back even stronger for the next season.