You’ll find it hard to look away when the Crosby’s sing one of the greatest Christmas songs of all time. It is an adorable harmony that will stay in your head for days.

Claire Crosby continues to impress with her vocals and growth as a performer. With ‘Rudolph the Red Nose Reindeer’, her father joins on guitar to show the world she is here to stay. By the time the song is done, there won’t be a dry eye in the room.

The song first made its big debut in 1958 when Chuck Berry popularized it. Like all Christmas songs, it had a melody that stayed with you long after the song finished. 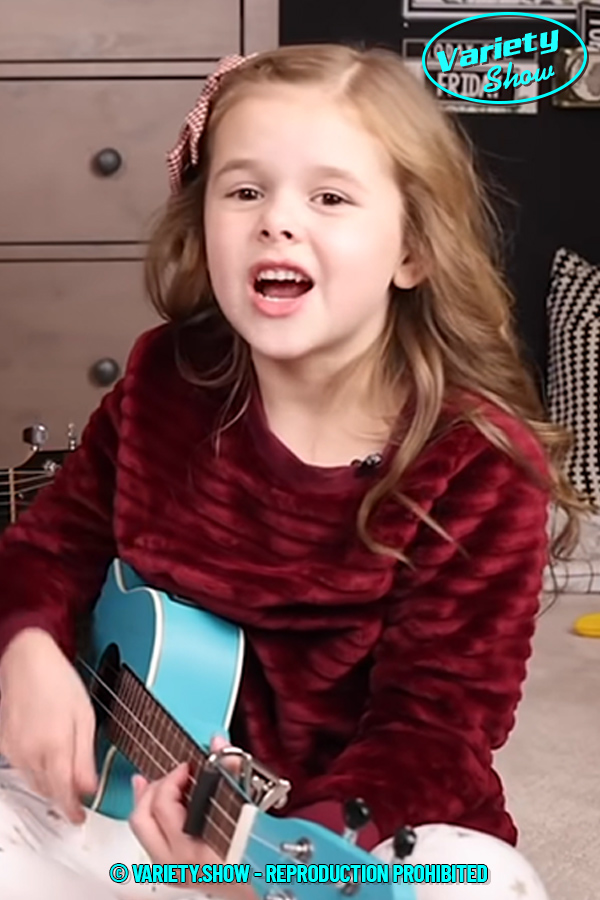 Although father Crosby took the lead with his guitar, Claire used her small blue guitar to play along. This is a step up from her normal performance and shows that young Claire is growing up fast.

If you love Christmas music, then ‘Rudolph the Red Nose Reindeer’ is already in your playlist. The Crosby’s have given the world a new version, and it is an uplifting song that everyone should hear. Hopefully, this is one of many new songs coming from the Crosby family.

Claire Crosby has been a star since she was three years old. The apple didn’t fall far from the tree, as her father Dave Crosby is a big deal in the music world. As a group, the Crosby’s provide family orientated music with their own personal touch.