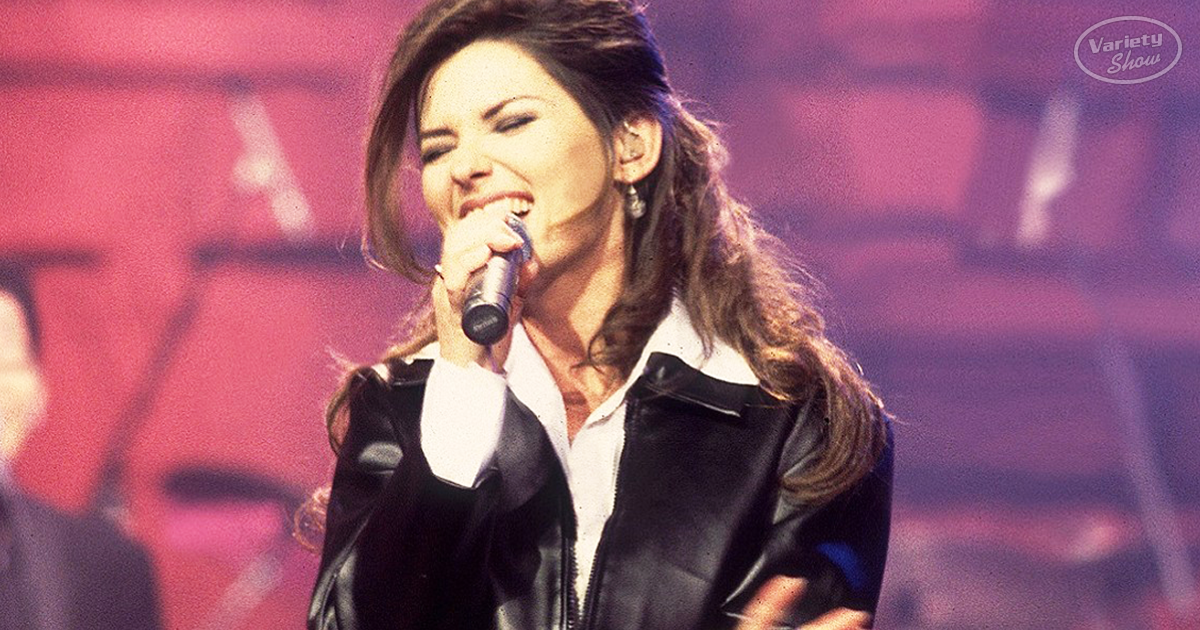 As one of the most prosperous eras ever experienced by country music, the 1990s produced artists and songs that have forever impacted the genre. Many of the contributions and evolution brought country into the mainstream appeal, rewarding with tracks that were loved by all audiences. Here’s a look at fifty country hits that are sure to be loved by anyone who grew up during the 90s.

Written by Bobbie Gentry way back in ’69, “Fancy” was a song that is considered to be one of the greatest country hits ever recorded by Reba McEntire.

The 1990 Garth Brookes classic song “Friends In Low Places” was a track that walked away with numerous awards, winning the CMA Single of the Year and the Academy of Country Music Single Record of the Year as well.

The country music hit “Love Without End, Amen” is a devotional masterpiece written by Aaran Barker. With words that we can all relate to and a melody that goes straight to the heart, it quickly became a hit.

“Next to You, Next to Me,” by Shenandoah

Shenandoah’s lead single from their “Extra Mile” album was the longest-lasting hit atop the charts, reaching numbe4r one in the USA and Canada.

Legendary duo Brooks & Dunn released this single and the second-side to their hit “My Next Broken Heart,” serving as a tribute song to honky-tonk line dancing in Texas.

“Here’s a Quarter (Call Someone Who Cares)” by Travis Tritt

There’s something about this song from Travis Tritt that made it a longstanding fan favorite, driving onlookers to throw quarters towards the country great performing on stage.

“Maybe It Was Memphis” by Pam Tillis

It took two separate releases for this song by Pam Tillis to reach its commonly known level of success. The first cut arrived in the late 90s but was only released in the 90s. The second cut was far more successful, launching in November of ’91.

Ronnie Dunn’s composition entitled “Neon Moon” was a major hit for the duo. The country single that became their third number one on the ’92 charts consequently.

Garth Brooks sings a song about a man reminiscing over a former lover, following his own imagining, which are at the same time, tearing him apart.

“She’s In Love With the Boy” by Trisha Yearwood

In the year of 1991, Trisha Yearwood put together no less than five country number ones, with “She’s In Love With The Boy” starting off her string of beautiful performances and a surge in her career.

“Meet In The Middle” by Diamond Rio

Diamond Rio’s debut single made a steady climb to number one telling a story of compromise, which made them the first country band in history to have a debut track reach the top of the charts.

“I Cross My Heart” by George Strait

The music video for “I Cross My Heart” was made entirely from scenes from the feature film of the same name to which it was the soundtrack.

The song “Drive South” was only released as part of an album, never as a single. It included vocals from The Bellamy Brothers, provided via a guest appearance.

As a song of counseling, carrying a lighthearted dose of humor, and commentary on just how haunting memories can be when combined with alcohol, “Straight Tequila Night” topped country charts in both the U.S. and Canada.

Chely Wright hit it big with this track, reaching the number one spot on the U.S. Billboard Hot Country Songs charts. Her song featuring the harmony vocals of Trisha Yearwood would end up being her only chart-topper.

Alan Jackson came up with a song about falling in love and having fun that all audiences could relate to. If you didn’t like country, chances are you’d fall in love with this CMA Single and Song of the Year for 1993.

January 1993’s megahit arrived as a catchy, contemporary sound that seemed to define country in every bar. It is such a good track that it won her Best Country Song for ’94.

Alabama helped a generation slow down and start enjoying life a little more with their country chart-topper that clearly set out a picture that helps you understand why the world isn’t all supposed to be a rush.

Martina’s ’94 country hit celebrates independence from abuse and destructive relationships. The lyrics carry profound double meaning, leading to the freedom of the oppressed women in this touching story.

“Should’ve Been a Cowboy” by Toby Keith

Toby was inspired to write this song after watching a defacto cowboy being rejected on the dance floor after pulling out his best moves to impress a girl.

Lawrence came up with lyrics that everyone could relate to, telling of a woman who had been lied to far too many times. Hell hath no fury like a woman scorned – keep this in mind if you’re trying to weave a working alibi. Normally, it’s just not worth it.

“Fast As You” by Dwight Yoakam

Dwight Yoakam had a long journey with many hits, but the song “Fast As You” came at the close of his career, ending off a success story involving at least three international hits appearing on the charts.

“Dust on the Bottle” by David Lee Murphy

David Lee Murphy only ever had this one number one, but that doesn’t take away from just how catchy, melodic, and mainstream his masterpiece actually was.

Byrd’s song sings a tale of adventure at George watermelon festival. The light-hearted look at homebrewed liquor and traditions such as the “Watermelon Crawl” featured resonated with country fans around the world.

“Go Rest High on That Mountain” by Vince Gill

This ballad was written and performed as a eulogy to the fallen country great Keith Whitney, who passed in 1989. However, it wasn’t until Gill’s older brother Bob died in ’93 until it was completed. It’s heralded as one of the saddest country songs ever written.

“I Try to Think About Elvis” by Patty Loveless

Written by Gary Burr and released on ’94 as the headlining single from Patty’s album “When Fallen Angels Fly,” the fan-favorite rose to third while sticking on the charts for twenty-two weeks in total.

Just before Christmas of ’94, Joe Diffie managed to top the charts and stay there for four weeks in row with “Pickup Man” singing of a man who really loves his truck.

The rapid-fire lyrics of this humorous action-style country track made it a favorite of 90s country, showing just how quick Montgomery could speed up the pace of his flow.

“Any Man of Mine” by Shania Twain

Shania Twain has a talent for transforming contemporary country music for a pop audience. “Any Man of Mine “took the world by storm, raking in both Single of the Year and the CMAs and Canadian Country Music Awards of ’95.

“Too Much Fun” by Daryle Singletary

There’s doubt that Daryle Singletary was indeed having a lot of fun once he made his mark on country music with this 1995 easy listening masterpiece.

“My Maria” by Brooks & Dunn

Brooks & Dunn are no strangers to accolades, but “My Maria” is easily among their greatest hits ever, taking the 1997 Grammy Award for Best Country Performance by A Duo or Group with Vocals.

The ninth McGraw single became one of the hottest country songs ever recorded, and the artist’s third chart-topper by July of 1995.

Deana Carter’s “Did I Shave My Legs For This?” was a massive success thanks to this track that took the Country Music Association Award for Single of the Year and the CMA for Song of the Year.

This debut single featuring a couple deciding their future on a coin toss became one of the catchiest country tunes of the 90s and a beloved ballad for couples heading out on the open road everywhere.

“Check Yes or No” by George Strait

George Strait has come to be known as one of the most consistent hitmakers in the industry, rewarding once again with a warm track touching on childhood romance.

“Every Light In The House” by Trace Adkins

Piano and fiddle come together in this country hit that sings a story of a recently-split husband yearning for his wife, the artist’s first entry onto the Billboard Hot 100.

“You’re Still the One” by Shania Twain

With two Grammy Awards and a peak spot of number two on the charts, this was Shania Twain’s very first top-ten hit and a song that was inspired by the controversial relationship she had with a much older Robert John “Mutt” Lange.

“I Wanna Fall In Love” by Lila McCann

Lila McCann is otherwise known as Kelly Wyman, appearing in a 1998 episode of “Walker, Texas Ranger” and an artist with a record debut. Her country music album Lila featuring “I Wanna Fall In Love” was the highest-selling debut for the whole year of its release.

“It’s Your Love” by Tim McGraw

McGraw reached unforeseen levels of popularity with the song “It’s Your Love,” written by Stephany Smith. ’97 was a massive year for Tim, with this track winning Single of the Year, Song of the Year, Video of the Year and vocal Event of the Year, as named by the Academy of Country Music Awards.

“How Do I Live” by LeAnn Rimes

The country megahit “How Do I Live” is a song that everyone seems to know the words to and a track that later spawned an extended version for her second album thanks to just how popular it became.

“Man! I Feel Like a Woman!” by Shania Twain

Shania Twain came up with a hit that’s so catchy that you’ll find many men singing along. Country-pop doesn’t get more fun than this upbeat empowerment song.

Not only did the Dixie Chicks win the Country Music Association’s Video of the Year in 1999, but their up-tempo track also spent four weeks at number one.

“A Little Past Little Rock” by Lee Ann Womack

The sounds of fiddle and harmonica match this emotional country performance to perfection, setting all-new standards for female country vocals in the 90s.

This song delivers romantic country vocals with a touching story and essence of togetherness that carried Lonestar all the way to number one.

“When I Said I Do” by Clint and Lisa Hartman Black

The love story behind this song inspired its creation, serving as a tribute to the many years of support and direction offered to Clint by his wife, Lisa.

“She Thinks My Tractor’s Sexy” by Kenny Chesney

Kenny wrote a song that the ideal ballad for the working countryman – a man who loves his farm and his tractor as much as he would his woman.

Through its rapid rise to number one, “Breath” amassed all new fans for Faith Hill from both a country and a pop audience.

With five weeks at number one, “Something Like That” raked up more airplay time than any other single released in the 2000s.

The 1999 debut from Utah’s SHeDAISY was one of the most successful singles released, reaching a top spot of number three on the US Hot Country Songs chart. 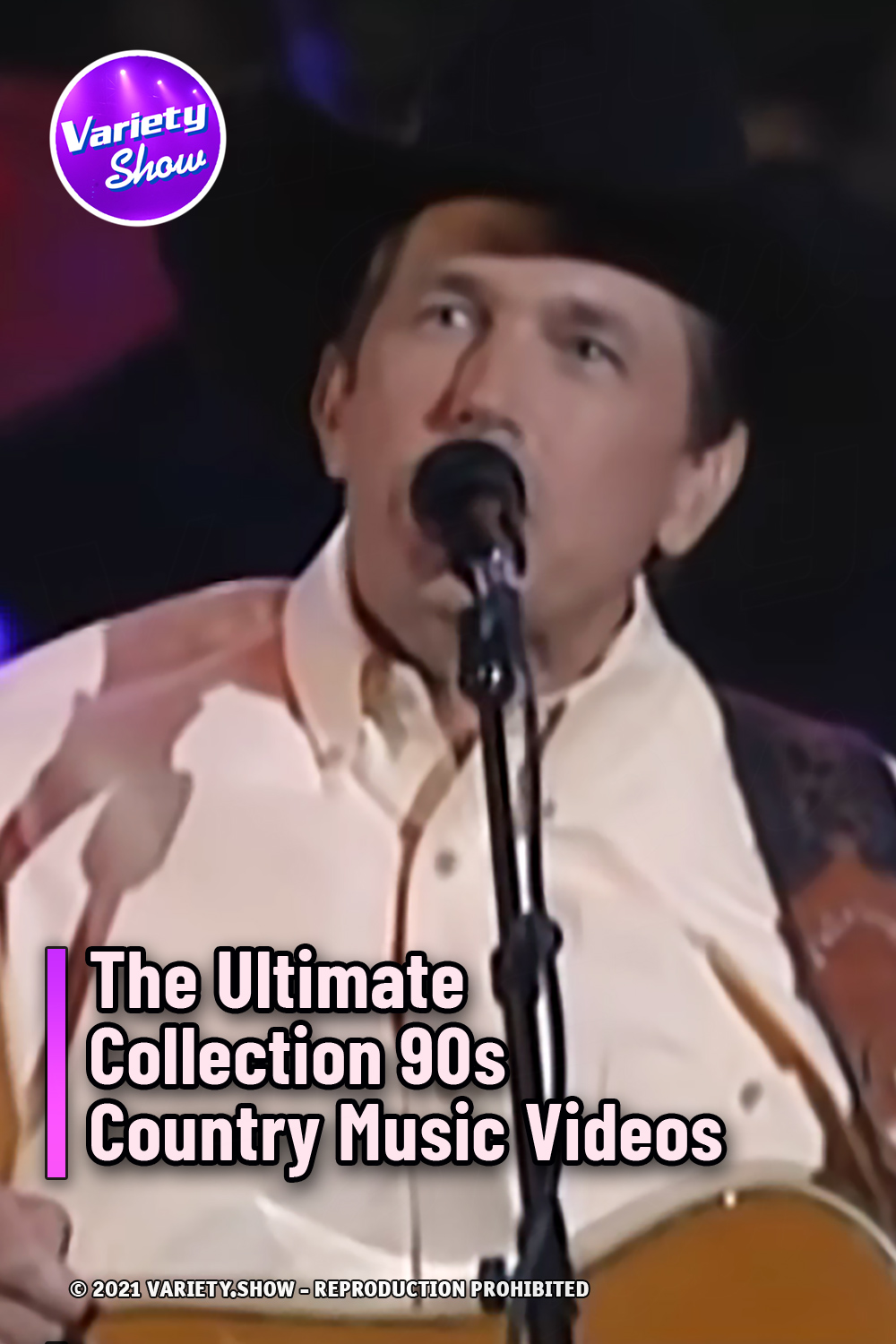